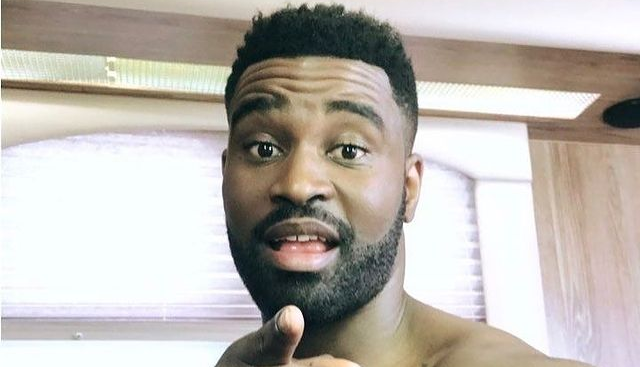 It’s been a pretty rough year for Dancing With The Pros star Keo Motsepe. But even through all the heartbreaks, he’s still finding a reason to smile.

The South African dancer announced that his mother passed away in January. About a month later, he also publically ended his relationship with Selling Sunset star Chrishell Stause. Now, Keo is just taking some time to focus on himself.

“I feel like we always want to hurry, like, ‘What’s happening tomorrow?’ What happened earlier this year with my mom, it kind of brought everyone even closer,” Keo told ET in an exclusive interview. “When you keep working all the time — with the show, the tour — you lose track of reality for a little bit.”

He went on to say that the power of music is helping him heal.

“This was, and still is, rough. It’s still there. Sometimes I wake up and I’m like, ‘Oh, it’s just a dream.’ I feel like the hard part is that I haven’t been home yet to [see] that she’s not there. But music, it’s getting me through,” he added.

Music and dance is helping him get through his breakup with Chrishell Stause too. Chrishell infamously detailed the breakup on her Instagram stories, but Keo has mostly kept to himself following the split. Luckily, he says he has his Dancing With The Stars family to support him.

If you follow Keo Motsepe on social media, you know he and Gleb Savchenko are pretty close. But he isn’t the only one in Keo’s corner. He and Emma Slater are pretty close too.

“And Emma [Slater], I love Emma with my heart. She’s the sweetest,” Keo said of his co-star. “There’s just something about Emma’s voice, when she calls or when I talk to her … she just talks and I’m like, ‘Yeah! Yes, I got you.'”

But as for Gleb, Keo says they’ve been together through the good times and bad. He describes the Russian dancer as his “chosen family.”

You can keep up with Gleb and Keo by following the pair on Instagram.

So what comes next?

Although it’s been a long, hard year, Keo is keeping his options open.

“I don’t know what God’s plan is for me. Everything, it’s up to him,” he told ET. “I just work hard and do my thing and when life presents itself, I go. When it doesn’t work, great. If it works, great, awesome. So I leave it to the universe.”

However, he does hope ABC will ask him to compete in Dancing With The Stars Season 30. There is no official cast list yet, but many pro dancers have already started training.

For now, Keo and the other pros are in a text chain. They discuss the celebrities rumored to join the cast and try to guess which celebrity contestants will be partnered with which pro. As for Keo, he’s really hoping for a Hollywood A-lister this season.

Who would you like to see Keo compete with in Season 30? Be sure to let us know what you think in the comments. Tune in to TV Shows Ace for more Dancing With The Stars news.