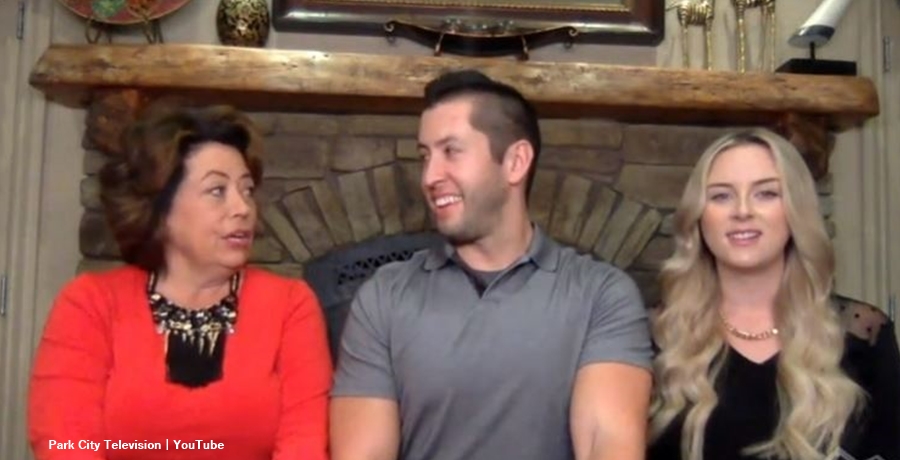 ILAMB star Matt McAdam, Kim Cobb, and the I Love a Mama’s Boy third wheel, Kelly got together for Mother’s Day. Recall, when TLC fans met them on the show, a lot of people thought that Matt might actually identify as gay. Meanwhile, his mom seemed nice enough and not as weird as some of the cast. However, Kim just wished Kelly would give them a bit of privacy. Well, it looks like they film for a new season, and Matt more than hinted at that.

On the show, Matt attracted a lot of criticism. However, drinking too much wasn’t noticed. Perhaps because they get out and about a bit more, he certainly enjoyed celebrating Mother’s Day with Kelly and Kim. During his season on the I Love a Mama’s Boy, people claimed that he should just come out of the closet. In fact, some fans felt he play-acted his relationship with Kim. Additionally, fans even suggested that mom knows his gender preferences. In one scene, he and Kelly rolled around on the couch together in a playful manner. So, some fans uncomfortable with that.

Fans saw that ILAMB star Matt McAdam seemed a less than robust personality. However, Kim seemed very sweet and kind. In fact, she shared all about random acts of kindness on her social media. Nevertheless, Kelly never gave them privy and when they all lived under one roof, Kim struggled with that. In fact, Kim seemed upset because when they constructed their own place out back, Kelly acted as though the architect designed it for her. Anyway, by the end, of the season, the two women came to an agreement: They both love Matt.

Actually, the leaked clips revealed that Kelly and Kim seem pretty tight these days. The clips posted on YouTube by Majica Entertainment also revealed Matt tucking into too much wine, and he spilled about filming.

Hints on the new season, Kim and Kelly seem tight together

If you wondered about ILAMB star Matt McAdam and Kim staying in their relationship, clearly, they managed that. In the video which he filmed while carrying out a Q&A, Kelly and Kim sat on one side of the table. They drank some wine and sang “Happy Mother’s Day” songs. Later, they also sang “Nine Bottles Of Beer On The Wall.” Shots came of Matt and his mom downing full glasses of red wine. Meanwhile,  Kelly linked arms with Kim quite often. Notably, Kim doesn’t drink much. Out of nine bottles of wine, she claimed she only, drank one glass.

At one stage, one of the senior production guys walked over and took away some bottles, and then some food appeared. ILAMB star Matt McAdam started taking a bit of flak from Kim for drinking so much. In fact, she noted the snacks probably came along as a hint that he’d drunk too much. Perhaps that plays a part in their storyline in the new season of I Love a Mama’s Boy. And to confirm that they film, Matt said, “here’s a hint,” as he turned the camera on the camera crew.

As Matt drank a bit too much, it wasn’t that easy to follow the Q&A, but he might have hinted at some old couples not returning for a new season. Additionally, he talked about fast COVID testing before filming and wearing masks indoors. What are your thoughts on the clips that revealed Matt and his mom probably drinking a bit too much wine? Are you happy to see them filming for a new season? Sound off in the comments below.

Remember to check back with us often for more news and spoilers from TLC’s ILAMB star Matt McAdam.