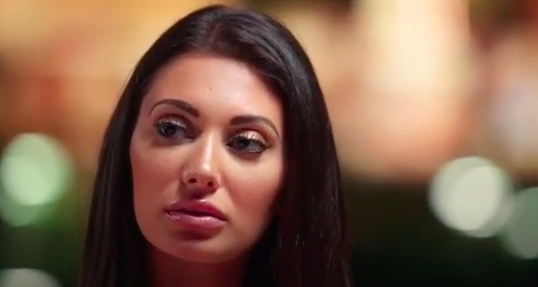 Too Hot To Handle spiced up quarantine for Netflix fans last year. One of the most iconic couples that came out of the series was Harry Jowsey and Francesca Farago. They split but was that forever?

Too Hot To Handle stars getting back together?

Harry and Francesca were all the talk on Too Hot To Handle last year. They were a super toxic couple but seemed to like each other. It was really no surprise when they ended up splitting after the season ended.

The pair have been split up for a long time and it really didn’t seem like they would ever get back together.

However, according to TMZ, this might not be the case.

The pair was spotted in Mexico together. Not only that, but they were displaying a little PDA. Nothing too crazy, but definitely more than two casual friends would display.

Harry is seen with his arm around her holding her close to his body. They look pretty comfy together.

The PDA isn’t the only sign the couple has relit their flame. There are even sources that say the two are together and hanging out a lot.

Prior to this Francesca was dating Demi Sims. However, they recently split. Since then, Harry actually reached out to Francesca the sources close to the situation reveal.

Francesca then picked up Harry at the airport before their weekend in Mexico together. Harry is even set to come back to celebrate his birthday with Francesca next weekend. That definitely makes it sound like there is at least a little spark between the two still.

While the sources note that the pair have been hanging out, they are not yet serious. Fans of the couple will just have to continue to watch and wait to see if the pair become official together. Their former Too Hot To Handle castmates thought they were together as a publicity stunt. If they get back together now, it may debunk their theory.

Hopefully, if they do get back together, the relationship will work a little bit better than it did the last time.

Did you think Too Hot To Handle Harry and Francesca would ever get back together? Do you think they are a good couple or too toxic? Let us know in the comments. Come back to TV Shows Ace for more news on all of your favorite reality TV stars.