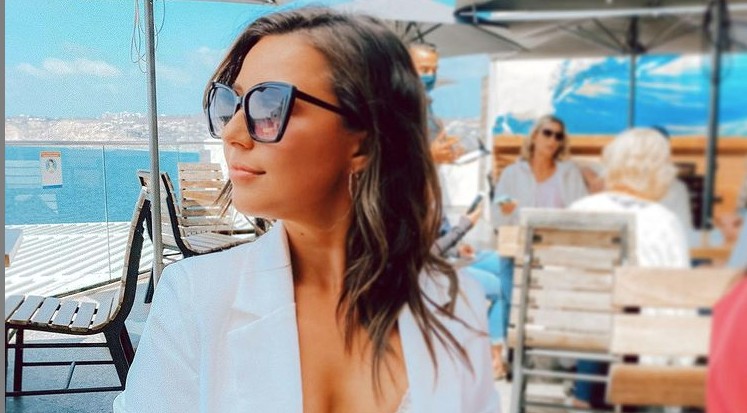 As the new season of The Bachelorette edges closer more previews are being released by ABC. The newest promo finally reveals Katie Thurston’s men. Fans get a glimpse of who she will be meeting on night one. Plus, there is a big box with a contestant inside. Many have been speculating who is in the box. Finally, Reality Steve is dishing the scoop on the occupant.

Fans have had many guesses on who is inside Katie Thurston’s mystery box. Many have guessed Blake Moynes. However, it seems he doesn’t appear on night one. He arrives a few episodes into the season. Now, the guessing game is over! Last night Reality Steve took to Twitter to share what he knows about who is in the box.

According to Steve, James Bonsall is in the mystery box. James is 30 and originally from New York. Of course, since he’s not been formally introduced due to being in a box, ABC does not have a bio up for him yet. Instead, they have a photo of the box with question marks. However, now thanks to Steve, fans know he’s the one inside.

(SPOILER): The guy who shows up on Katie’s season in the box on night one is James Bonsall. pic.twitter.com/EtFg4tCBkg

What else is known about Katie’s men

Reality Steve also dished on some men who didn’t make it on the season. However, as fans can see from this list, he was wrong about one. Now everyone knows that is because he was in the box. So, the list of men who were cut prior to the first night are Bao Wu, Dennis Walega, James Bonsall, Tanner Guisness, and Viktor Simco.

Fans seem to be particularly disappointed to not see Bao Wu. Nothing but wonderful things have said about him. According to the Twitter feed in regards to these men being cut, many think Bao may end up on Michelle Young’s season of The Bachelorette. Some are going so far as to say they can see him being the next Bachelor.

As for the men who did make it night one, Steve has already dished who gets Katie’s first impression rose. Greg Grippo is reportedly the lucky man who caught her eye that first night. No details about his entrance have surfaced just yet. However, those who follow spoilers know he makes it far into her season.

Plus, many have been shipping Katie and Blake Moynes together. He must have felt something too because he will also be appearing on her season.

What do you think about Katie’s big surprise box? Any thoughts on Katie’s upcoming season? Don’t miss the big premiere June 7 on ABC.