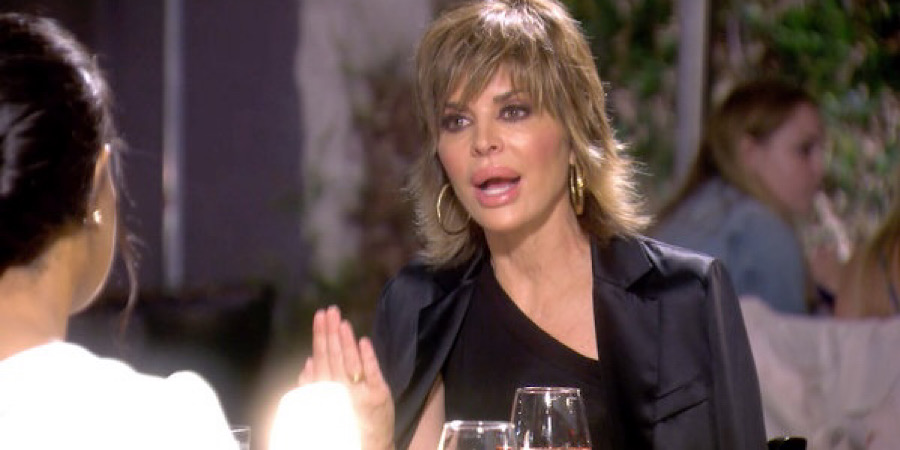 Last season on RHOBH, it was all about Brandi and Denise. Did they have an affair or was it fabricated? The first-ever African-American cast member, Garcelle was introduced. She was very close with Denise and threatened to leave if Denise did. Ultimately, Denise left and Garcelle stayed. Three-year cast member, Teddi Mellencamp was let go and replaced by newcomer, Sutton Stracke. Crystal Minkoff is also joining the ladies as is Kathy Hilton. Now, Season 11 will begin.

A RHOBH Make Over For Kyle

Lisa comes by to see Kyle. She is up in her room, bandaged around her nose. While filming the latest Halloween film, she broke her nose. While she went under the knife, she decided to have a full-on nose job. This is her second one and it took ten years off of her. Dorit goes to pick up Erika so they can go see Kyle. They have been cooped up because of COVID. Everyone’s lives have changed dramatically.

When they arrive at Kyle’s, the girls reconnect and cannot believe how long it has been since they went on vacation. Though Dorit and Kyle hang out a lot with their husbands, they are ready to celebrate. Dorit decides she will throw a glamorous barbecue. However, Lisa needs to reconcile with Garcelle whom she has not seen in almost a year. All the ladies have not seen her in a while. The only person who stayed close was Sutton.

Sutton is currently renting Kyle’s old Bel-Air home for 20K a month. She sees Garcelle all the time and they click because Garcelle likes how real she is. Can Lisa appeal to Garcelle’s soft side?

After what happened with Denise, Garcelle struggled to like Lisa. She felt she was a shady friend, so they meet for dinner. Lisa does apologize and says she wishes things were different. The things she saw from Denise made her question the validity of everything. She also says she held a lot of Denise’s secrets that no one knew. This shocks Garcelle. She is also shocked to learn Lisa knew Garcelle longer. It seems Garcelle wants to believe her but she is still struggling. It will take time for her to ever truly reconnect with her.

Kathy has a friend named Crystal Minkoff. Lisa and Kyle head over to her home to hang out. She is married to a famed producer, Rob Minkoff. The couple has two kids and have been married for fourteen years. They all click very well so Kyle invites her to Dorit’s barbecue.

Flash to Erika and her glam squad. They are sorting through her lavish clothes. Her life has changed so much since the pandemic began. She was in a Broadway show nine months ago and then it closed. Now she is back at home with her husband. He is struggling for work and she is lost. Her career was on fire and now, not so much.

It is time for the glam barbecue but Jagger does not like Dorit’s outfit. He says it looks like a robe. Phoenix says she is too exposed. The guests begin arriving and they love being able to break out the jewels. Crystal arrives and mocks the other women’s outfits, mainly Lisa’s. She is wearing a very colorful pantsuit. As for Garcelle, she admits she and Lisa are far from cool. Dorit says she should address everything so things can begin to mend. Lisa and Dorit had issues and were able to work through them with a heartfelt apology.

Kyle eventually shows up and everyone gets candid about the pandemic. Sitton admits she slept the first few months. Erika says she called a psychiatrist and went on Lexapro. Lisa says it is time for a trip and tells them she got a house in Lake Tahoe. They are all excited. Kathy will be joining them and is supposedly great on a trip. But can they get along?

Next week, the ladies head to Lake Tahoe. Kyle and Garcelle attempt to heal the issues they have. Finally, Dorit suggests a revealing game of Two Truths and a Lie with Erika’s leaving everyone wondering. RHOBH airs Wednesdays at 8 PM on Bravo.