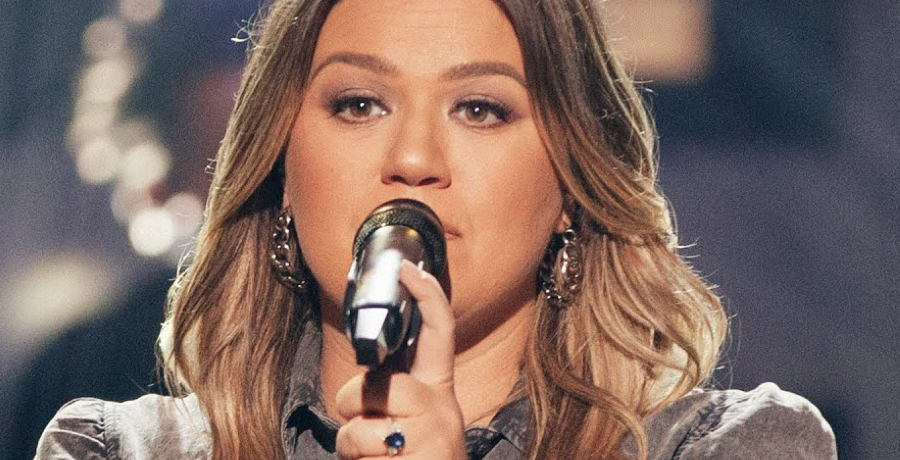 Kelly Clarkson got her funky on during her latest “Kellyoke” segment. On Wednesday, May 19, the talk show host covered a Daft Punk hit that featured Pharrell Williams and Nile Rodgers. Fans certainly felt lucky when they listened to this cover in the middle of the week. They check her daytime talk show daily to see what she’s going to perform.

This performance will give you a lift in the mid-week slump. Earlier this year, the band shocked fans when they announced they’re no longer making music together. But Kelly kept their music alive during this segment. Check out her colorful performance for yourself.

Kelly Clarkson wore a black-and-white dress that featured a black belt. She paired her look with black opaque tights with black ankle boots. The singer got into the zone when she performed “Get Lucky” by Daft Punk. Clarkson’s voice continued to grow higher as she sang the sung.

Pharrell and Nile Rodgers co-wrote the disco tune. “Get Lucky” is the lead single from Daft Punk’s fourth and final album, Random Access Memories, on April 19, 2013. Before it became a single, “Get Lucky” was featured in many advertisements. The disco, funk, and pop track is about connecting with someone physically.

Clarkson perfectly conveyed the lyrics in her performance. Her powerful voice was also enough to get you dancing out of your seat. Meanwhile, rainbow lights flashed all around her. People sometimes forget that this song is about sexual chemistry because of its catchy beat.

“Get Lucky” peaked at No. 2 on the Billboard Hot 100 and No. 1 on the Hot/Dance Electronic Songs, Dance Club Songs, and Dance/Mix Show Airplay. In 2014, it won a Grammy Award for Record of the Year and Best Pop Duo/Group Performance. That same year, Daft Punk, Pharrell, Nile Rodgers, and Stevie Wonder performed it on stage.

Fans in love with this disco cover

Kelly Clarkson won fans over with her rendition. It brought memories back to many Daft Punk fans. Some feel that Clarkson and her production team should win awards for the lighting and set design. Some couldn’t help but dance along to the music. They weren’t even listening to Clarkson this time around.

Her Daft Punk cover comes just three months after the French dance duo announced their split after 28 years. They had many songs that hit the top of the Billboard Dance/Electronic charts. What are your thoughts on Clarkson’s cover? Sound off below in the comments.