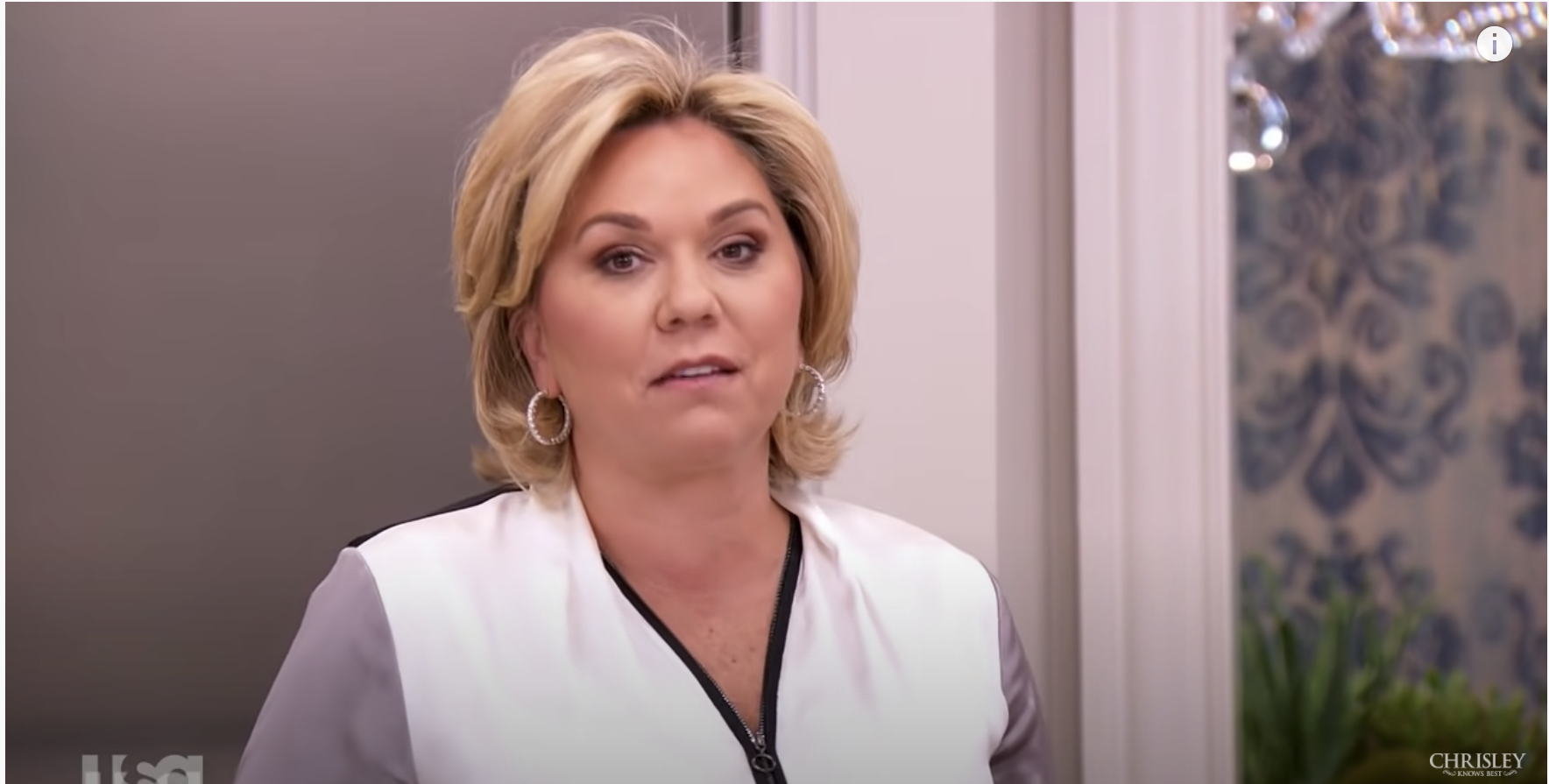 Julie Chrisley fans want her to write a cookbook

Fans that keep up with the Chrisleys by their weekly podcast, Chrisley Confessions are already privy to this information. Many fans rave about Julie and Nanny Faye’s cooking. In this particular podcast episode, a caller explains how she wants a Julie Chrisley cookbook. According to the fan, with a Julie cookbook, she could really impress her boyfriend. Additionally, the caller explains that she’s found some YouTube videos with recipes, but she really wants a Julie Chrisley cookbook.

Unfortunately, Chrisley Knows Best Julie Chrisley doesn’t give a direct answer about whether or not she has a cookbook in the works. She explains that she has “many, many things in the works right now.” As a consolation, she directs fans to the USA Network site for What’s Cooking with Julie Chrisley. Luckily for anyone looking to learn to cook like Julie Chrisley, there are about 20 different recipes on the website.

The recipe USA Network revisits is for Julie’s banana pudding. However, by listening to Todd and Julie banter about the recipe, fans quickly learn that the recipe originates with Todd’s mom, Nanny Faye. No matter whose banana pudding this is, it is a Chrisley family favorite.

Chrisley Knows Best Todd Chrisley tests wife, she fails (or did she?)

Chrisley Knows Best patriarch, Todd Chrisley reminisces on how Julie tried to impress him with her cooking when they were dating. Apparently, at one point, he thought he was going to test Julie. So, he asks her for banana pudding for dessert. However, this did not go according to plan. They both admit that she brought him instant banana pudding. Todd near immediately notes that there wasn’t any meringue. While it’s uncertain if Todd gives this ultimatum at the time, he shares in this segment that he “could never stay in a marriage where the banana pudding wasn’t amazing.”

As clearly evidenced by the fact that Todd and Julie Chrisley are still happily married, Julie was able to get redemption for her initial banana pudding snafu. Not only does her family recognize her for being a fabulous cook, but Chrisley Knows Best fans recognize it too. While it’s no secret that fans want a cookbook, they also don’t seem like they would complain if she got her own show on Food Network.

Do you think Julie Chrisley will write a cookbook or appear on her own cooking show? Let us know your thoughts in the comment section below. Come back to TV Shows Ace for more Chrisley Knows Best news.

WOW! Matt Roloff’s 2021 Net Worth Might Shock You
Jinger Duggar Admits She ‘Struggled’ With Her Family’s Religious Beliefs
THAT’S A WRAP! ‘LPBW’ Filming Complete: Is The TLC Series Finished?
‘Luca’ Post-Credits Scene Explained: What The Heck Happened?!
Adam Busby Shares Photo As He Takes The Top Off