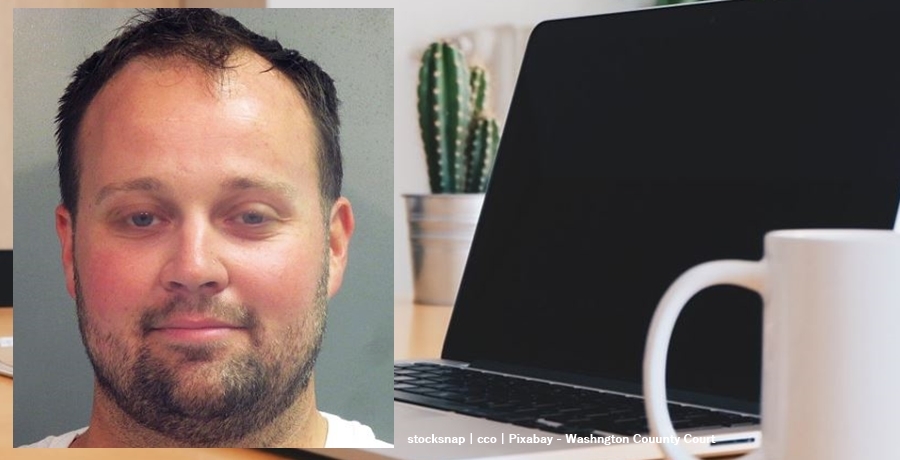 Josh Duggar’s computer becomes the focus of many Counting On critics right now. A recent video that showed Josh focused on it while the family all sang a hymn might relate to content about his arrest, some fans suggest. Well, TLC fans know from his court hearing that an office computer and a laptop were taken by the feds. But would he look at abused kids in front of the rest of the family?

The eldest son of Jim Bob faces some very serious charges. Certainly, he’s not the only person in the USA and it’s not confined to religious people. Nevertheless, the outrage comes because the 19 Kid and Counting alum confessed that he molested his younger sisters as a teen. While TLC took down the show, fans feel that not enough was done to correct his deviant ways. In fact, they felt that Jim Bob protected him. Therefore, he never learned the error of his ways. So, scandal after scandal arose as he cheated on his wife online.

Additionally, allegations arose that he physically abused an adult movie actress. So, that explains fans’ suspicions that he can’t be trusted around kids or women. Of course, Josh Duggar’s computer became the focal point of his current arrest. Recall, officials seized a desktop computer at his work, and a laptop inside an RV. The judge also made sure he lost access to his iPhone. So, when an old video resurfaced that Jana shared on her Instagram, fans speculated he watched unsavory videos or photos inside the Duggar home.

Is the computer in the video related to his arrest?

A few people noticed that behind him and with a clear view of Josh Duggar’s computer, a couple of minors stood against a counter. Recall,  he took a lot of care hiding his activities from his wife. In fact, he created a secret partition on his computer to store the illicit images. We noted that a software program notified his wife if he viewed dodgy content. Then, he also overrode that with other software.

Possibly, those who think he’d never risk being caught might be correct. Nevertheless, as a critic noted, seeing Josh Duggar’s computer in light of his arrest made the video “uncomfortable to watch.”