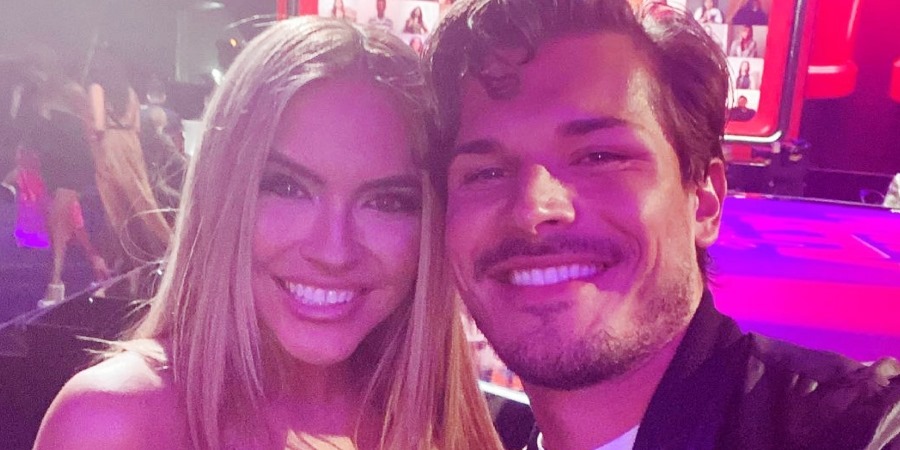 Some Dancing With The Stars pros have a bit of a nasty reputation behind the scenes. They play nicely for the cameras, but their partners sometimes tell a different story. It’s no secret that the pros are highly competitive and want to win — and sometimes they can get a little nasty with their celebrity partners. Gleb Savchenko is no exception.

Two of Gleb’s partners recently got together to have a little fun at the Russian dancer’s expense. Comedienne Nikki Glaser competed with Gleb in Season 27 and finished in last place. Reality TV star Chrishell Stause and Gleb competed together in Season 29 and finished in 8th place.

Although they both had fun in the competition, they both agreed Gleb can be a little harsh in the rehearsal room. The women met at the MTV Movie & TV Awards and discussed their shared experiences.

“I’m so glad to meet you, oh my gosh. You were amazing!” Nikki said, offering Chrishell a big hug. ET‘s cameras picked up the exchange. “You were so good, but isn’t it funny we both shared the same dance partner? … I keep pitching to them a ‘Losers Season’ where everyone who lost first comes back for redemption. I got kicked off too soon.”

“But can I just ask you this … how was Gleb as a dance partner? Because to me, he was very mean sometimes. And I’m like, ‘Are you mean, or are you just Russian?’ Like, it was confusing,” Nikki continued.

Chrishell laughed and agreed Gleb could be a stickler behind the scenes.

“Yeah, honestly, same. One time he said that we didn’t even deserve 4s,” Chrishell shared.

“That would’ve been the nicest thing he said to me, honestly,” Nikki replied.

Gleb and Chrishell also had a pretty big blowout during Season 29. No one is exactly sure what the fight was about, but he famously apologized to his celebrity partner with a big bouquet of flowers.

But the Russian dancer isn’t always so gruff

Gleb Savchenko may be competitive, but Chrishell Stause also says very pleasant things about him when asked.

“He is the absolute best. I absolutely love him. He is so patient and he’s just … he knows how to push me, but not in a way that’s intimidating, and I think that that is a little bit what I was scared of working with a pro,” she once told PEOPLE.

In fact, Gleb and Chrishell had such intense chemistry on stage that many DWTS fans speculated the two had a romantic connection. Shortly after their elimination, Gleb announced he and his wife planned to divorce. However, both Gleb and Chrishell have adamantly denied those allegations.

ABC recently renewed Dancing With The Stars for Season 30. The network isn’t releasing a cast list any time soon. However, most expect that Gleb will return this year.

Who would you like to see Gleb Savchenko dance with this year? Let us know in the comments.