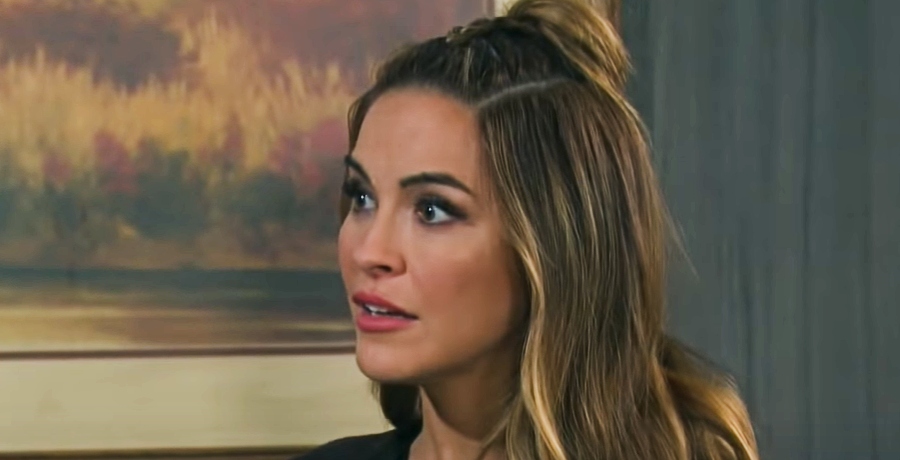 DOOL viewers will get a ghostly vision next week. Chrishell Stause reprises her role as Jordan. But as fans know, Jordan was strangled to death on the sudser last year. Who is she visiting from beyond the grave and why?

Killing off Jordan was part of a bombshell story involving her brother Ben (Robert Scott Wilson.) In fact, Ben was thought to be the one who strangled her to death. It later came out that Evan Frears aka Christian Maddox (Brock Kelly) was the culprit.

He framed Ben for Jordan’s murder.

Along with DOOL, Chrishell Stause also appeared on All My Children & The Young and The Restless.

The soap vet took to her Instagram on May 19 to let fans know to tune in to the soap next week. She shared an exclusive article with Entertainment Weekly about her return. Her return will be short, but sweet. Viewers can expect to see Chrishell Stause reprise Jordan on Monday, May 24, and Tuesday, May 25.

She first joined the soap back in 2013 after All My Children was canceled. She briefly left NBC for CBS soap The Young & The Restless. But she was soon back on DOOL. Jordan was killed off in 2019, but Chrishell Stause has made a handful of appearances in flashback episodes.

It seems her upcoming return is to pay a ghostly visit to her brother, Ben.

Aside from being an actress, Stause is also a real estate agent. She is one of the stars of Netflix’s Selling Sunset. Her on-screen, and perhaps real-life, feud with co-star Christine Quinn earned them a nomination for Best Fight at the recent MTV Movies & TV Awards: Unscripted.

While the duo didn’t win, Chrishell Stause attended the event. She had an awkward but funny encounter with host and comedian Nikki Glaser. Like Stause, Glaser was a contestant on Dancing With The Stars.In fact, they shared a partner – Gleb Savchenko. Glaser & Stause poked fun at the DWTS pro. Then during her opening monologue, Glaser made a few jokes about the rumors involving a romance between Savchenko and Stause.

In addition to her gig on Netflix and now DOOL, Chrishell Stause guest-hosted the E! News show Daily Pop this week.

Season 4 of Selling Sunset is currently underway. Netflix has yet to announce a premiere date. But the first three seasons are available to binge.

Are you excited to see Chrishell Stause back on DOOL, even for just two episodes? Share your thoughts in the comments below.