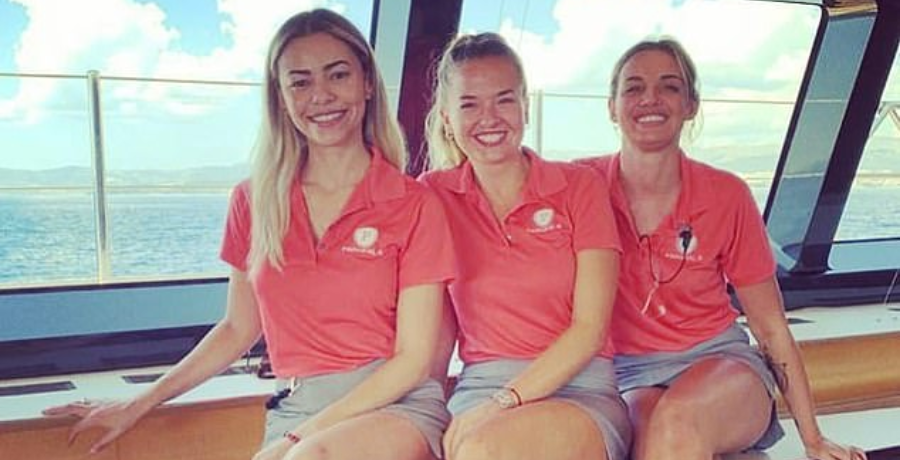 Below Deck Sailing Yacht Season 2 may be the best season yet. Monday was the most exciting episode and this show already had its share of drama. On the last episode alone there were two boat crashes, quarreling charter guests, and an STD scare. There was already chaos happening on board.

Meanwhile, deckhand Jean-Luc Cerza-Lanaux found something unpleasant in his pants while at his bunk. He shared that he caught chlamydia once again. Jean-Luc tried to avoid stew Dani Soares, but he knew he had to let her know since they slept together more than once. This led her to want to leave the boat in the middle of a charter.

Despite the high ratings and buzz, the cast of Below Deck Sailing Yacht may not be as close as they appear.

Chief Engineer Colin Macrae joined Alli Dore, Daisy Kelliher, and Dani Soares for their regular “Pita Party” series on Instagram. He admitted that he’s still close to most of the cast of Below Deck Sailing Yacht Season 2, but some crew members aren’t on speaking terms. He revealed that it was hard to say goodbye when it came time to leave the boat.

“It was an emotional goodbye leaving that season,” Colin explained. “We’re all still friends … well, most of us are still friends.”

Can the crew recover from this nightmare? Don’t miss tonight’s wild #BelowDeckSailing! pic.twitter.com/X8UxW66AY2

Alli, Dani, and Daisy had a good laugh. Colin is on good terms with everyone. The entire crew is still in touch with Captain Glenn Shephard. However, there are whisperings that the deck team isn’t close with the other crew members. First Officer Gary King, Jean-Luc, and Sydney Zaruba apparently had a falling out with the others.

Captain Glenn, Colin, and Daisy are the only crew members from Season 2 who follow Gary on Instagram. Although most of them follow Sydney, Gary and Alli do no, which makes perfect sense. The trio is involved in a love triangle this season. Dani and Gary don’t follow Jean-Luc.

Below Deck Sailing Yacht Season 2 has plenty of drama

Most of the fallouts appear to be from the drama that took place this season. Below Deck Sailing Yacht Season 2 delivered when it came to the boatmances. Daisy and Chef Natasha de Bourg bickered this season but eventually patched things up and are now good friends. Natasha even admitted that she’s ashamed of watching her behavior.

Daisy even argued with Gary but she is friendly with him. She has even defended him in the past and said he’s nothing like former Below Deck star Ashton Pienaar. Daisy wants to “go for a drink” with Gary in the near future. It was just their work personalities that clashed.

What are your thoughts? Do you think that some of the Below Deck Sailing Yacht crew will get along after Season 2 ends? Sound off below in the comments.