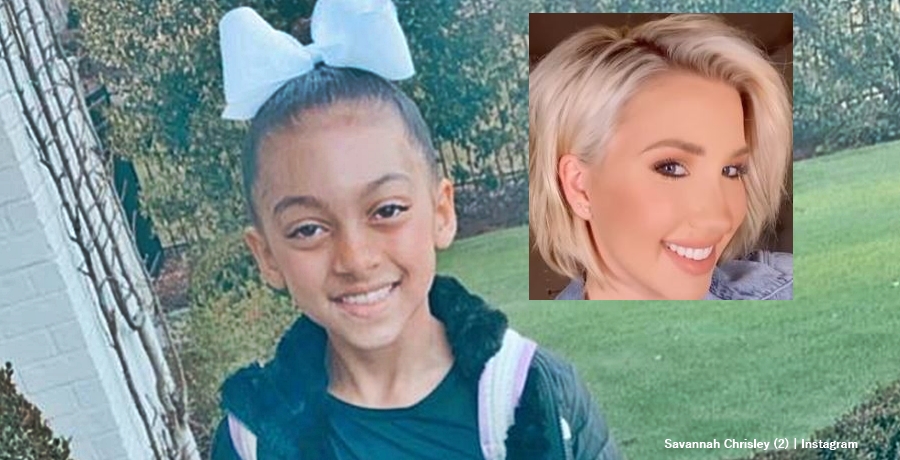 Savannah Chrisley and Nic Kerdiles broke up and she took it hard. Recall, she ate comfort food and said plenty of times the split wasn’t an easy thing to cope with in her life. Perhaps she still struggles a bit with it as she just posted on Instagram about healing the “soul.” Her photo revealed her with her little sister Chloe. Fans loved the photo and the message that the Chrisley Knows Best star put out.

Savannah Chrisley shares a photo of herself with Chloe

Chloe Chrisley isn’t actually Savannah’s sister. Todd took over custody of her brother Kyle’s daughter. The child of Kyle and Angela Johnson now lives a wonderful life and Todd, Julie, Chase, Grayson, and Savannah all dote on the kid. In fact, as far as Savannah’s concerned, Chloe is her sister. In her Instagram post on May 17, she used the hashtags #mypreciousgirl and #foreversisters. Clearly, the USA Network star seems very happy that Todd brought her into his life the way he did.

Savannah Chrisley acted as a big sister to Chloe since she turned about two years old. Of course, when the news came that Kyle now marries his new girl, Ashleigh Nelson, some fans hope they just leave Chloe alone. After all, she seems safe and happy in the Chrisley Knows Best patriarch’s home. As Kyle wants more kids, and Ashleigh already has kids, probably, Savannah does everything to make sure her little sister stays mentally healthy. Now, she talked about her own health and healing.

In December, some fans of Savannah Chrisley thought she and Nic might reconcile. It came when he commented on one of her posts and called her “babe.” Well, hopeful USA Network fans soon became disappointed. People TV reported that a rep said that they definitely remain apart, although they remain friendy. Nevertheless, maybe Savannah still wishes it could work out differently. In the post that she shared on Monday, she wrote, “The soul is healed by being with children. ❤️”

Many fans of Savannah Chrisley and Chloe commented on the post. Some of them agreed that what Savannah wrote seems absolutely true. Meanwhile, others commented on how tall Chloe looks these days. Lots of hearts and loving emojis appeared in the comments as well. One fan noted, “4Ever sisters! I love this! We can be a people and family despite our history. This pic♥️♥️♥️.”

Another person commented, “She’s a precious little girl, but she has an amazing role model in you. You are truly beautiful, inside and out, Savannah. You’re giving her a great act to follow! 💗”

Remember to check back with us often for more news and updates about Savannah Chrisley and her little sister Chloe.