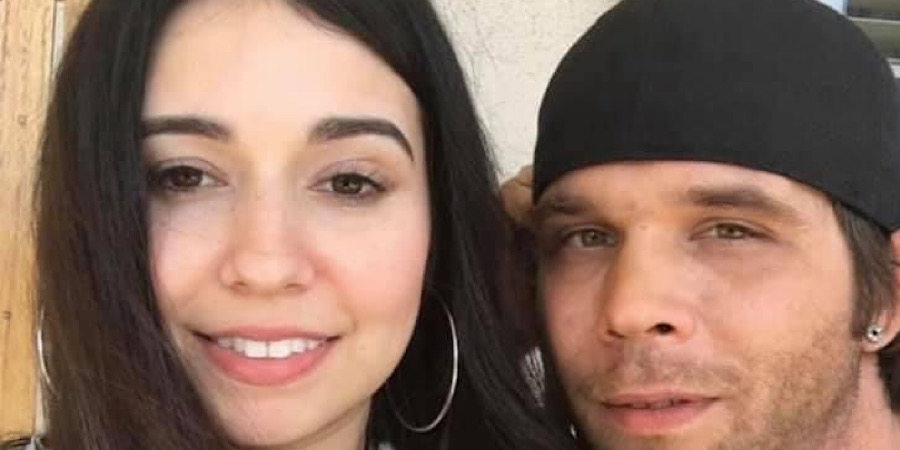 Last week on Return to Amish, Jeremiah met a bunch of biological cousins. He was even able to talk to his grandmother on the phone. This gave Carmela hope it would change his outlook on life and make their relationship stronger. Because Maureen still wants to teach and Rosanna is not sure what path to take, they decided to take the GED.

First, the girls must get an evaluation.

They see how much they did not learn through their Amish education. Rosanna scores at a 4th-grade level while Maureen is at a 7th-grade level. She teaches eighth grade Amish schooling so this is hard for her to comprehend. To ease their stress, they head to the piercing parlor where Rosanna panics about getting her belly pierced. Sabrina is still struggling to put her family back together but it may be time to tell everyone she is talking to Jethro again.

Sabrina Brings Jethro Back On Return to Amish

Much to everyone’s surprise, Sabrina comes waltzing back with Jethro in tow. Ada is seemingly the most shocked, especially after he left Sabrina alone in Florida with two babies and no plan. Carmela is equally as mad because of what he did because the kids needed him and they depend on his presence. She reiterates they love each other and make a great time. However, he cannot just leave whenever he wants to.

Jethro wants everyone to understand he reached a breaking point. Jeremiah then chimes in saying the effort has to come from both sides. He remembers Sabrina repeatedly saying she did not want Jethro but Jethro should never have left. Jeremiah adds he and Carmela have issues, as well so they are not perfect, this is just his perspective.

Jethro apologizes and admits he should have communicated better. He says he wants to marry her because he does love her and she feels the same. Ada has mixed feelings about all of this. She says she will see how it all plays out in the end.

Danny and Maureen: Love or Back to Amish?

The happy couple is making eggs for breakfast. They have seemingly settled into a relationship but Maureen does not know if she will stay English or return to the Amish world. She decided to open up to Danny over breakfast and explain her concerns about staying English. There are very few people she knows that are English and she is worried about getting a job.

If she leaves her family, she will miss her sister’s wedding and she is scared of the impact it will have on her mother. She does not want to hurt her like that at all. However, going back home would mean she would not be able to be with Danny anymore. He tells her about his experience leaving. It took a few years but eventually, his parents did come around and now they are very accepting of him. She says her parents probably are not like that.

Danny makes Maureen a deal. She comes to live with him for a year. If she does not like it, he will come back and be an Amish again. This is not something he necessarily would want to do but would do it for love. He says she is his person and he will do anything for her. She now has the courage to tell her parents she wants to go English.

Return to Amish Shopping In An English Market

Ada has sent Maureen and Rosanna to do the grocery shopping and it is their first time in an English supermarket. They are blown away by everything. The veggies are pre-cut and packaged, they have baked goods. Maureen cannot believe the price of eggs and refers to how cheap they are back home. Rosanna thinks she is being a snob at times. She says English people do not have time to do what the Amish do so they have no choice but to run to the market.

Maureen is also stunned by all the milk choices, such as almond milk. She cannot understand how an almond can produce milk. Then they see the magazines. Maureen says she always wanted to look like J.Lo while Rosanna loves the Royal Family. That family is a sin in their church so their parents would be mad if they saw them reading these magazines. They do buy the magazines.

When they get home, they both decide they will tell their parents they want to go English. There are so many opportunities and Maureen wants to be with Danny. They just hope their parents don’t disown them.

Night Out With Sabrina

Ada and Carmela know Sabrina is back with Jethro and are not sure it is the best idea. However, they are trying to be as supportive as possible and take her out for the evening. Ada has questions because she knows the couple had a lot of problems together. She wants to know where they stand. Sabrina shares she went to go pick him up from work and he genuinely apologized. He said if he was in her shoes, he would not have put up with half of the stuff she did.

This meant a lot because it was not just romantic gestures but a since apology where he reflected on his wrongdoings. This made the ladies understand Jethro may have seen the wrong in his ways. Sabrina really wants her partner in crime back and she misses him. Ada knows Mennonite and Amish guys are stubborn and can’t own up to their stuff. So, this is big. Carmela is still upset because Jethro left the kids behind but she just wants the best. They agree to stick together forever as women.

Maureen Will NOT Return to Amish

It is time to share her decision. Maureen goes home to talk to her mom and her stepfather. They tell her to drop her bags in her room and then they will talk. She tells them upfront she has decided she will not be returning to Amish. They feel they will be shunned by the Church. Her parents are also worried about the example she is setting for her students. Her mom equated her to her biological father who left them, as well. She told Maureen to go find and live with him. This really hurt Maureen because it brought up a lot of hurt from her past.

She said she was not like her dad but her mom did not seem to care. Her mom got pregnant at 16 and when he found out, he left the Amish. Maureen contacted him to see if they could meet but he said no. Her stepfather tells her to leave before words are said that are not meant. Maureen feels sad her parents will never accept her if she is not Amish but she will always love them regardless.

When she gets back to Ada’s, she is brokenhearted. Ada raised Maureen for the first three years of her life because her mom was so young. Nothing means more to Ada than her granddaughter. Maureen is so broken over not having her biological dad. She may not have her dad, but Maureen is trying to accept the love she has. It still kills her inside. She did this all for love.

What Will Rosanna Do?

Rosanna goes to talk to her family but starts with her older brother. Interestingly enough, he is wearing English clothes when she shows up. He asks what life has been like and she admits she likes her freedom and confesses she is not coming back. There is a concern for her safety as he is her older brother. He does not want anyone taking advantage of her or kidnapping her. However, she proved she is pretty tough and aware on her date with Nick.

She asks him to come with her and says they can live together. He admits he has thought about leaving but knows their parents need him. As an Amish man, he has much more freedom than she does. She worries about what the community will think of their family once she leaves. Yet, she has to follow her dreams and live her life.

She goes to find her mom to tell her decision. Rosanna explains it is fun and she has so much left she wants to see. Her mom seems to accept the choice so Rosanna asks if she can still come back and visit. Unlike Maureen’s family, her mother says she supposes it would be okay. This is a great relief to not be shunned.

Everyone, minus Rosanna and Maureen, goes out to a bar. Sabrina and Jethro seem really happy. However, Ada questions Jethro’s intentions privately. He admits he does want to marry her but is waiting for the right time. Jethro says he loves Sabrina more than anything and she is the love of his life.

Maureen is with Danny after what she has been through telling her parents she is not coming back. She explains what happened with her biological father and how she would never do that. Maureen loves her mom and she would still be there for her. She did not even know what he had done until the kids in school started making fun of her at age ten. Then she asked her mom and learned the truth. Daniel grabs her hand and tells her she’s his family now.

Next week, Rosanna and Maureen get their English makeovers and Daniel is blown away. Jeremiah decides he is ready to start his own family with Carmela now that he has met his biological one. Don’t miss new episodes of Return to Amish Mondays at 9 pm on TLC.