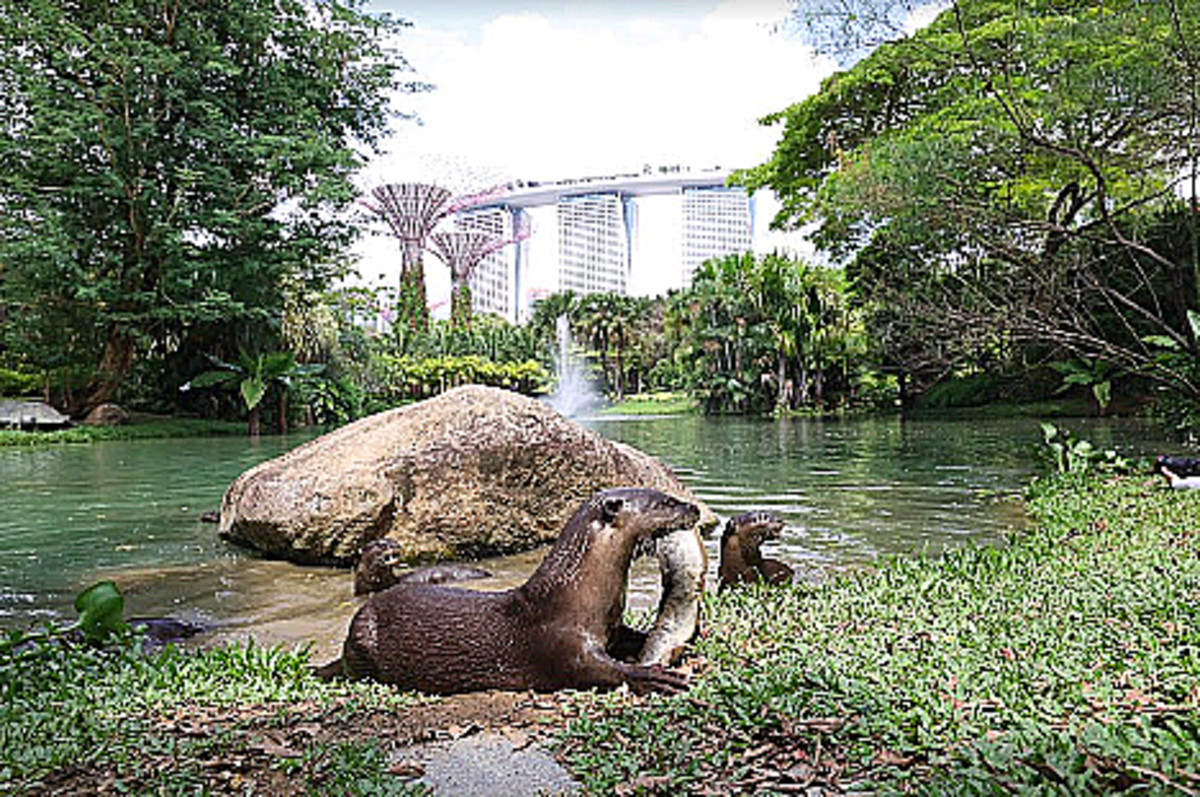 Otter Dynasty is a new series from the network that has something for everyone to watch.

The location is exotic, Singapore, as the urban wildlife story of three otter families is given a backstory and fleshed out in a dramatic fight for dominance. Apparently, otters are territorial little creatures, after all.

According to Animal Planet, the three families are the focus of this new animal-centric series.

Once declared locally extinct from Singapore in the 1970s, the adorable smooth-coated otter has since made a comeback where an estimated 120 otters now call this exciting city “home.” Since their return from local extinction, multiple otter family clans are scattered across the island and just about every group is determined to reside in the prime otter real estate of Marina Bay. The catch? There’s only enough space in this key location for one dominant “royal” family to have access to the finest food, best shelter, and safest location to raise a family.

This is an urban wildlife story dramatized in voice-over as cameras follow the day-to-day lives of the cheeky otters of Singapore.

The series will follow each otter clan as they learn that more territory means more challenges.

Animal Planet says: “And while they have learned to climb stairs, cross streets, and move up and down ladders to get in and out of vertical canals, they must also maneuver around Singapore’s predatory wildlife, including crocodiles and cobras. This is the ultimate clash of the otter clans, and there can only be one ruler.”

The otter clans include the alphas, the Bay City Clan, the 1% otter group who lives the royal life of luxury in Marina Bay among Singapore’s futuristic landscapes.

You will meet “the young, up-and-coming” River Rebels clan, who are keen on moving into Marina Bay to “enjoy a fun-filled life in a fashionable and trendy neighborhood” as they totally clean out the local fishponds and manage to stop traffic every time they cross the city’s busy streets.

Last but not least are The Wildlings, described as “a young clan living a hard but adventurous life in the Mangrove forest where they tough it out against marauding lizards, floods, and choppy seas.”

Now, the drama lay in their interactions as the battle of the bay overheats and the rival clans fight it out for dominance.

According to the network, “Audiences will be mesmerized as three urbanized otter clans make it their business to fight for their turn to be on top while continuing to adapt to their concrete jungle.”

Next year, the series will be available across Discovery platforms and is produced by Beach House Pictures for Animal Planet, in association with Love Nature (a Blue Ant Media company). Blue Ant International oversees licensing in markets outside of the U.S.

The series is produced for Discovery by Beach House Pictures in association with Blue Ant Media’s Love Nature. Jocelyn Little and Donovan Chan are executive producers for Beach House Pictures, with Jerry Decker as Showrunner and Claire Clements as Series Director.

For Discovery, Keith Hoffman is executive producer, and Sarah Russell is supervising producer.