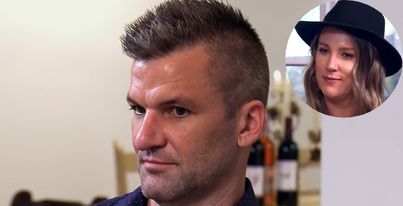 After an awkward season of ups and downs, Haley and Jacob finally came to the same conclusion as other Married at First Sight viewers. They weren’t working. So, on Decision Day, that decision was made final. Jacob was for the most part, in favor of Haley’s decision of not continuing the marriage. However, no matter who you sided with Jacob has something to say to all his followers, haters included.

Jacob Wants His Haters To Keep A Positive Mindset

Prior to Decision Day, Jacob had been getting flack in his DMs for his interactions with Haley. However, he is no longer bothered, nor cares what his haters have to say. Additionally, he wishes them well in a post on his Instagram story. He writes, “Thank you for all the love and support,” he shared on his Instagram story. “And to my haters, 😘 I hope tomorrow is better for you. Let’s try and elevate each other and not spread hate.”

Jacob continues, “Negative energy is infectious and can ruin your day but positivity is just as contagious. Be your best you but live by your own rules and not everyone’s idea of what “should” be.” Jacob showed through season 12 of MAFS that he lived by his own rules. He never gave up his love for the ’80s nor his love of his handy-dandy cowboy boots.

Could Decision Day gone differently had Haley had more experience before her marriage? Some fans seem to think so. Her lack of relationship experience prior to marrying Jacob raised tons of red flags for viewers. Haley, 28, was single for seven years after getting out of an abusive relationship. Fans on Reddit commented that she seemed, “stiff” and “uncomfortable” around her husband. Furthermore their lack of chemistry was immediately apparent on the show.

However, many fans pointed out that Jacob had just as many relationship issues as Haley. Jacob’s trust issues were apparent with their first fight, after accusing Haley of lying to him. Fans saw the “lie” as a misunderstanding. Through it all, fans can agree that Haley gave the marriage a real chance. We’re not so sure about Jacob and his dismissive and emotionally unavailable behavior.

Now that the couple has made their decision, fans are curious about what’s in store for Jacob and Haley. The reunion episode of Married at First Sight Season 12 airs on Lifetime this Wednesday, May 19th, and 8 p.m EST.

Tune in to see how the other couples are enjoying married life. Or in Haley, Jacob, Chris, and Paige’s case, the single life.