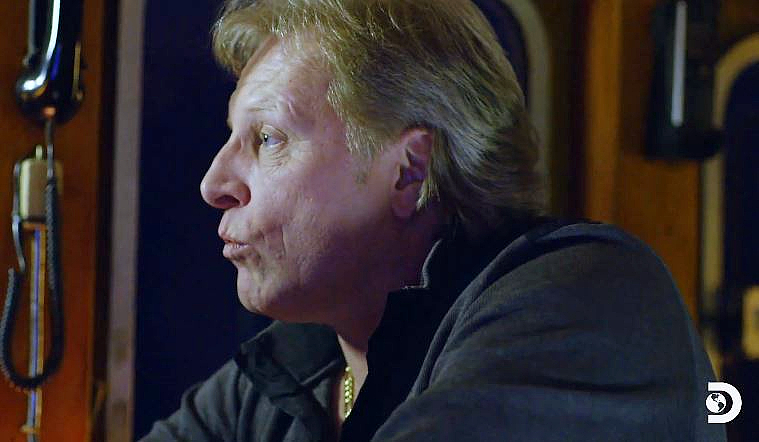 Sig Hansen has seen smoother seas and better days and nights on the next Deadliest Catch. He and his daughter Mandy are navigating a crab-rich area, a strip of bairdi they plan on catching. Discovery’s hit series is into season 17, and the work doesn’t get any easier.

The twist for Sig tonight?

The Bering Sea has other plans for the Northwestern, and it is up to the co-captains to safely keep watch, so their entire crew is not washed overboard. That happens more frequently than you may realize.

As Sig and Mandy keep watch and check on the deckhands, Sig keeps looking for the 40 foot plus waves slamming from every side of the boat.

In TV Shows Ace exclusive clip, you see an 800-pound metal pot go flying off the stack like it was a toy. These pots can crush someone in an instant.

After uncovering a small school in the area, Northwest captain Sig Hansen makes a surgical strike on the bairdi crab
below.

The clip opens with Sig talking directly to the camera.

He says: “I could barely make it up here, [the] boat was rolling felt like 80 degrees. I want to just work through these waves and try to get these pots off.”

Mandy returns from talking to the crew as he explains his strategy. He adds: “If you see a little strip or a sign of life, you just gotta hammer it.”

Mandy reassures Sig the guys are used to big seas and that the bad weather will not get them down.

She says: “Clark and the guys are ready; the weather doesn’t bother them.”

Sig has been doing this for a long time and knows he must keep watch. He says:  “I’m concerned about the guys on deck. It’s gonna get nautical out there tonight, so… they’ll just have to watch it.  We’re getting blasted right on the side, right on the exposed side every time we set a pot.”

Sig Talks About Mandy’s Evolution In The Series

In TV Shows Ace exclusive interview with Sig Hansen ahead of the season revealed he has the utmost respect for daughter Mandy, who weathers being a rare female in a very male-dominated industry.

“It’s hard for her. I hate to speak on her behalf, but she’s done a tremendous job. You know, as a child, that’s all she ever wanted to do. And she was with us for years doing salmon tendering, and she’s still with us doing that in the summertime.And honestly right there, she stepped into that role. So young, I think, at age 13 and she’s managing it. I don’t even hire people anymore. I just say, ‘Here, call Mandy.’ I don’t even bother with it.

She’s really stepped into that role. I just tell her, ‘look, this is on you. you make that boat run, you get the boat ready for salmon tendering, you get the crew ready. I’ll do the shipyard.’ And that’s how we work at. It’s just the way it is, take it or leave it.And she does it, but stepping in a crab fisherman’s role was really difficult for her because of her…we gotta be honest…because of her size.

So she had a hard time on deck. I couldn’t see her doing that for years to come. She managed it and she did great, but then when you think about it, well, if you’re already starting to manage the boat for the salmon tendering. Let’s fast-track you and get you to the wheelhouse.

Because I think that’s where she was going to end up anyway. And why not just get more information, teach her more sooner? I wish I would’ve learned sooner from my elders. And then do it that way rather than learn through your failures, try to just smooth it out because at the end of the day, if she becomes a good captain for me, then everybody wins.

The big picture. like you talked about earlier. It’s the big picture. I think she’ll get some guff from some of the captains, ‘Oh, you’re being fast-tracked and your daddy’s special girl and your silver spoon,’ and the whole nine yards, she gets a lot of that.

I’m not going to say it’s fair or not fair, but that’s just part of the deal. If you have thick enough skin to overcome that, then God bless you, is my attitude. Because that’s what it’s going to take. You know… she is fortunate to be in that position. She asked for it. Careful what you wish for. Right?

Then a huge wave comes from the left. The crew brace, and we wonder how much more punishment the boat can take.

‘LPBW’ Isabel Roloff Slams Haters, Says They Can’t Bring Her Down
Why Does ‘sMothered’ Star Cher Look So Familiar?
Are Kim Kardashian & Kanye West Mending Their Relationship?!
Why Is The Duggar Family Keeping This Possible Courtship A Secret?
Is ‘Counting On’ CANCELED? Abbie Duggar Drops More Hints