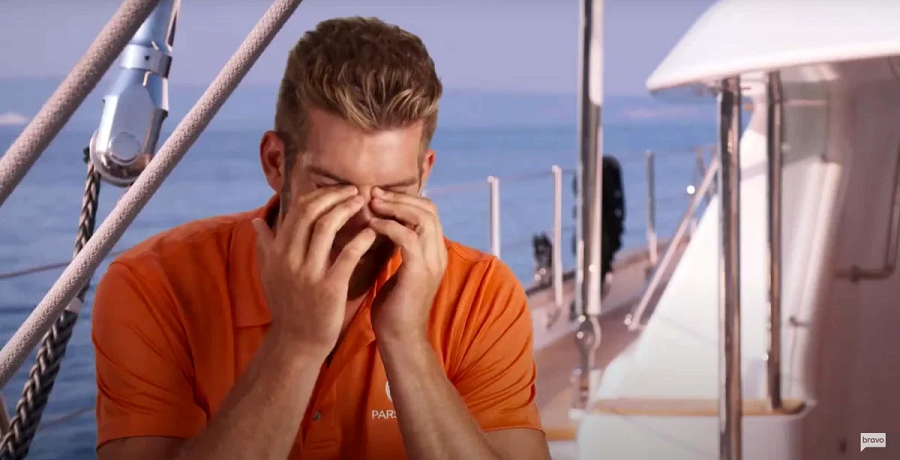 Below Deck Sailing Yacht had its most drama-filled episode yet. The previous episode led up to this. The historic crash was the “second-most intense moment” in the Below Deck franchise. Monday night’s episode of the “Total Ship Show,” included not one but two boat crashes, bickering charter guests, and an STI scare.

Jean-Luc freaked out when he rushed to his cabin. He looked down his pants in horror and exclaimed profanities. The deckhand revealed that he may have caught chlamydia the second time. Jean-Luc tried to awkwardly avoid Dani, but he knew he had to tell her. The couple has been hooking up for some time throughout the charter season.

While it’s Jean-Luc’s personal issue that could ruin their relationship, fans are blaming Dani.

Why Below Deck Sailing Yacht fans point fingers at Dani

According to Vanity Fair’s interview with Below Deck executive producer Courtland Cox, the drama unfolded within “the course of about 72 hours.” The boat crashed into the dock, the charter guests come on and already start trouble, and Jean-Luc’s personal concerns become a side story. The gigantic Below Deck Sailing Yacht star said it was his second time catching the STI.

However, fans think Dani gave him chlamydia. On Monday night, most of them took to Twitter to share their thoughts. Some have a feeling that Dani carried the STI and gave it to Jean-Luc — not the other way around. Some feel she looks guilty since she’s trying to leave the boat in the middle of a charter. Fans recall when Dani hooked up with fellow stew Alli Dore.

Didnt Ali and Dani have sex? If JL does have an STD, maybe Dani gave it to him #BelowDeckSailingYacht pic.twitter.com/A9qFiprXh0

Is Dani wanting to leave because, she's embarrassed about maybe getting chlamydia from JL? Or, because, she thinks she's the one who gave it to him? #BelowDeckSailingYacht pic.twitter.com/8KyaeJuQEL

Who else has JL been sleeping with. Is it possible chlamydia was passed on to him? Why is Dani so eager to get off the boat? Questions…. #belowdecksailing pic.twitter.com/TUaoBwMxDn

I am so confused, since they’ve been on the boat wouldn’t that mean Dani gave JL something? Also did Dani and Alli actually hook up? #BelowDeckSailing

Dani tried to get Jean-Luc’s attention that night, but he was busy sulking about the mess on the deck. So, she took Alli and kissed her in front of everyone. Then, the two had a private party in the master suite. Both ladies confirmed that they hooked up that very night.

i don’t understand how people are slut shaming dani and accusing her of giving JL an STD when he literally used the words *chlamydia* and *again* in the same sentence. #belowdecksailing pic.twitter.com/IG96lGM6LI

The cameras didn’t make it obvious, but Dani also hooked up with Jean-Luc that same night. After they left the master suite, Alli went to bosun Gary King while Dani pulled Jean-Luc aside. The two talked and she led him back to the same love cave she shared with Alli. The two kissed and made love sounds behind closed doors.

Dani Soares shamed for hooking up?

Both Alli and Dani revealed some of the hate they got for hooking up. Most of the DMs came from male Below Deck Sailing Yacht viewers. They called out the double standard among fandom – especially when it came to hookups on the show. Boatmances, love triangles, and hookups are very common on the Below Deck franchise.

Now it looks like viewers are shaming Dani for hooking up with Alli. They are buying the stereotype that she’s susceptible to STDs because of her free love.

What are your thoughts? Do you think Dani should get blamed for Jean-Luc’s personal problem? Sound off below in the comments.