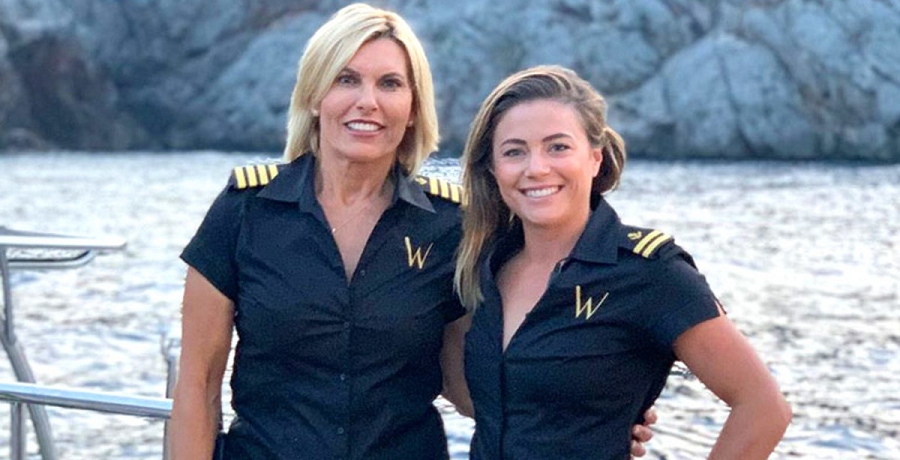 Captain Sandy Yawn and Malia White had a mini Below Deck Med reunion. The two met in Colorado for a friendly game of miniature golf. However, they weren’t alone. Captain Sandy brought along her girlfriend Leah Shafer, while Malia had a mystery man with his arm wrapped around her waist. Some fans did a double-take and thought she was back with Chef Tom Checketts.

Malia didn’t share any details of the secret hunk. She only said that it was “so nice” to finally meet Captain Sandy’s girlfriend in person. The two have been stuck on separate yachts in different parts of the Mediterranean ever since the COVID-19 pandemic struck in March 2020.

Below Deck Med stars Captain Sandy Yawn and Malia White worked together during Season 2 and Season 5. Apparently, the two don’t just get along well onboard. They’re also good friends. Sandy and Malia got together for some land fun.

On Sunday, May 16, Malia took to Instagram to share two photos of their land time get-together. Per Bravo’s The Daily Dish, they had a reunion at Topgolf in Denver, Colorado over the weekend. Sandy called Colorado her home when she’s not at sea. Malia and Sandy are all smiles as they pose with their respective dates.

“Not Driving Boats Driving Range,” Malia wrote in the caption. “So nice to finally meet @leahaeshafer in person!”

Captain Sandy took the comments to share that she had a good time that day. “It was so great to catch up and meet your friends!” she wrote. “I had a lot of fun!” Malia just finished an Atlantic crossing in April, which is the first for her career. She joined the show in Season 5 as a bosun for the first time. Malia is working her way up the ranks and is hoping to become a captain like Sandy one day.

Not everyone approved of Malia and Sandy’s Sunday Funday. Some of them took to Malia’s Instagram post to ask her why she’s still hanging out with the Below Deck Med captain. Fans remember when Sandy allegedly outed Malia in a bizarre Cameo video that went viral on social media. The controversy caused Malia to share a video message saying that she doesn’t understand why Sandy would do that to her.

“Why are you hanging out with Sandy? Her actions were a little questionable…” one fan wrote.

“Extremely dislike these two, and will watch any Below Deck but theirs,” another added.

Fans are over Malia and Sandy after Hannah Ferrier’s firing during Season 5. Even Below Deck fans on Reddit had something to say about their outing. “I just don’t get how Malia can hang out with someone who tried to out her….” one fan commented. Others took to the thread to comment on Malia’s attire and the fact that no one is wearing face masks.

However, the CDC recently updated its guidelines and announced that it’s safe for vaccinated people to not wear face masks outdoors. Sandy and Malia could be fully vaccinated since it’s required for people in the yachting industry to get one. Captain Lee Rosbach announced his vaccination on Instagram. It’s not necessary to mask shame them since no one knows their situation.

What are your thoughts on Malia and Sandy hanging out together? Sound off below in the comments.