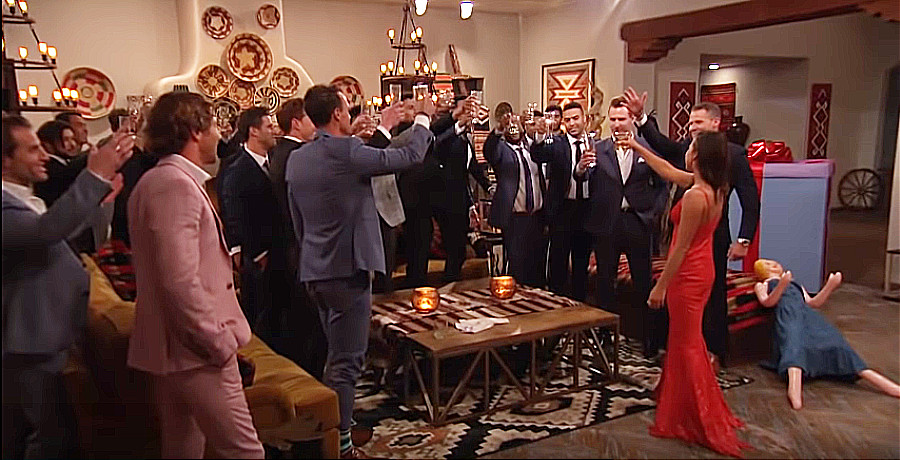 “Manscaper,” “Jumbotron Operator,” “Twins.” That one-or-two word description will follow contestants throughout their season and beyond. The “twins,” Emily & Haley Ferguson, are now engaged at the same time. Are they planning a joint wedding?

Scrolling through the 29 contestants from Katie Thurston’s season, many fans stopped short when they got to 31-year-old Jeff. The New Jersey resident lists his job description as “skin salesman.” Ed Gein, reincarnated?

Don’t worry, Bachelor Nation. There’s nothing sketchy about his job. As Page Six elaborates, he sells surgical skin, typically for skin grafts. It’s an odd job title that is sure to be explained in depth once Season 17 starts next month.

When ABC posted the headshots and short descriptions of the contestants, many users were taken aback by Jeff’s description. They dropped hilarious comments and questions. Quite a few thought that someone at the network made a typo when writing up the copy.

But a few people had watched Jimmy Kimmel Live for a “first look” at some of Katie’s suitors. It was there that the ‘Bachelorette crew’ explained Jeff’s job.

Those who didn’t see the late-night show had some humorous thoughts:

Hopefully, viewers will learn more about Jeff on the Bachelorette season premiere.

Us Weekly compiled more of the outlandish descriptions Bachelor Nations contestants have used over the years. Which one is the strangest?

It’s unclear what becomes of the blow-up doll. However, ABC teased that viewers can expect one more surprise contestant not listed on their social media. He is the one stepping out of the huge gift box. Online speculation is that Blake Moynes from Season 16 is returning for another shot at love.

What are your thoughts on the Bachelorette contestant who sells skin? Let us know in the comments below.

Tune in on Monday, June 7, to see Katie Thurston start doling out roses on The Bachelorette.