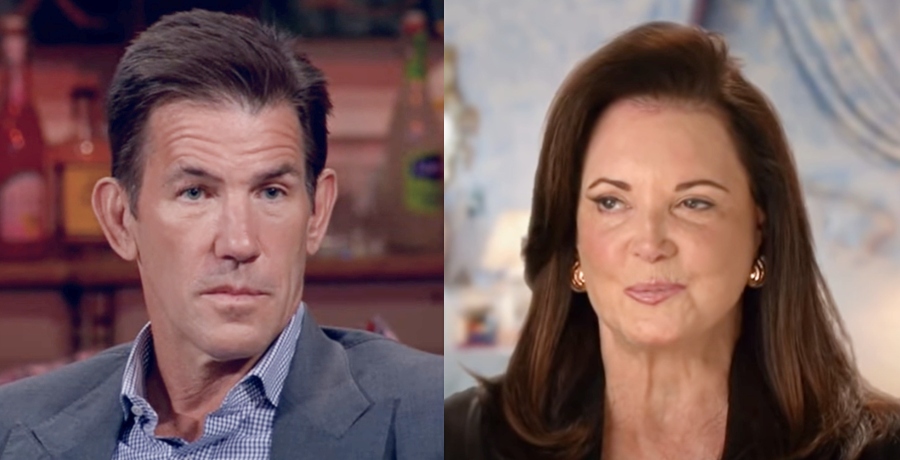 Thomas Ravenel shared something a bit shocking on his Twitter account that involves Patricia Altschul. The outspoken and somewhat disgraced politician used to be a regular on Southern Charm. He had been accused of sexual assault and drug use. He engaged in months of mudslinging with his ex over custody of their children.

Thomas recently made a brief appearance when his ex-girlfriend, Kathryn Dennis stayed with him. She had work done on her apartment and brought her two children with him over. He bad-mouthed the show as soon as the episode aired, but he had a history of doing that before.

Now, Thomas has shared a photo of Patricia Altschul’s Christmas decorations on Twitter. There doesn’t seem to be a reason for his tweet today. He’s been going after her pretty hard pointing out things in the news about her he doesn’t feel are getting enough attention.

What Has Thomas Ravenel Been Sharing?

Thomas Ravenel has launched a Twitter campaign to show that Patricia Altschul is a racist. This could be because of accusations about his ex-girlfriend, Kathryn Dennis. It could also just be that he has a big bone to pick with Altschul and this is his idea of revenge.

In his newest post, he shared a picture of Patricia’s Christmas tree. He captioned it, “ATTENTION ALL SOUTHERN CHARM FANS: Here’s Southern Charm’s Matriarch Patricia Altschul’s home.” At first, it’s hard to see what he’s talking about. After a couple of minutes,  the eye is drawn to the top of the tree where two Confederate flags stick out He .also mentioned that the art in her home is racist, and somehow always escapes being filmed when cameras are at her house.

Thomas Ravenel drew responses from fans on Twitter. One person said, “work on yourself please.” Another said, “move on. You must be thirsty with no public drama!” They pointed out the photo could have been altered. A third said, “it’s her private home so what’s it to you? I don’t agree with it but whatever.”

Thomas also said a couple of days ago, “Pat’s inflated ego makes her believe the masses won’t call her out For not apologizing to people she deems beneath her?” He did have some support on his post. One commenter said, “thank you for speaking out! It matters, especially with so many people refusing to confront their own biased beliefs.” Another said, “this world needs more people like You with grit, tenacity to keep pressure on until [SIC] see change.”

Do you think this is an accurate photo of Patricia’s Christmas tree? Do you care or think Thomas should be posting about it? Comment with your thoughts down below.