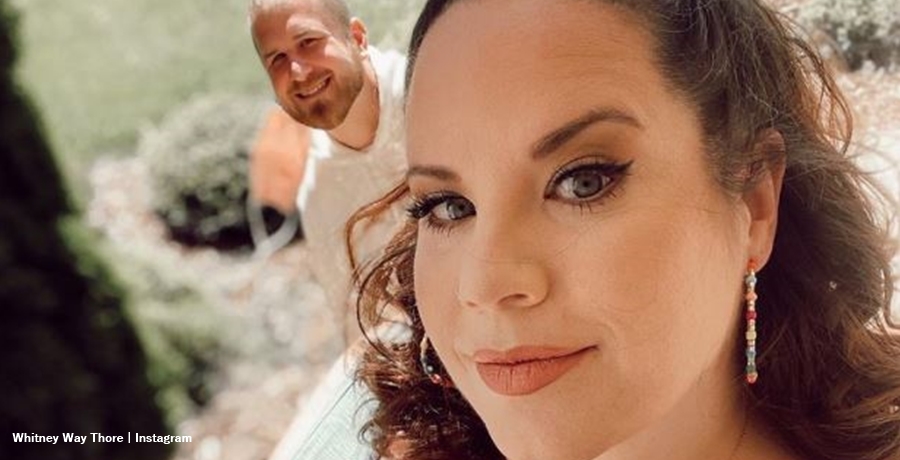 My Big Fat Fabulous Life fans spotted a ring on Whitney Way Thore’s finger and they have questions. Notably, in the photo they saw, she wore rings on both hands, so she can’t argue the photo was reversed when taken. Fans probably wonder if that is featured in a new season for the show. So far, it’s not clear that Season 9 happens. However, it probably goes ahead as she was also spotted with a producer. TLC fans wonder if a new man shows up in a new season.

Fans of Whitney’s Fabulous Life, often discuss if more storylines keep her on TLC. In fact, some people even suggest that she and Chase Severino even faked their engagement just so he could break up and give her pity-party season. Well, Whitney already hinted at the possibility of a new season. In February 2021, she mentioned “we” when she talked about feeling better after she broke up with Chase. Plus she added, “SEE Y’ALL SOON! So, fans who want more of MBFFL took it as a hint for a new season.

My Big Fat Fabulous Life fans also saw a throwback photo that showed her as a little girl. In the discussion, fans talked about last season where she discussed gastric surgery. Many fans think that a new season might cover her actually going for it. In fact, Screenrant noted that Whitney Way Thore’s “recent Instagram picture is fueling rumors that she may have gone through with the weight loss surgery after all.” So, they suspected that if that happened, then a whole new storyline opens up. However, fans suspect TLC might also feature a new man in her life. Now, suspicions probably rise even more after they spotted a ring on her finger.

The ring on the MBFFL star’s finger

A few days ago, the My Big Fat Fabulous Life star shared a selfie with Keir LaBelle, a producer for My Big Fat Fabulous Life. So, fans think she’s probably filming already. Her photo that revealed the ring on her finger came on May 16. Although the post was all about her cat, TLC fans wanted to rather talk about the ring. Her caption read, “Can we talk about Wandaleezza?” Well, some people talked about the cute cat and Whitney their “Queen.” But others were not interested. Actually, they just want answers about the ring. One fan said, “Can we talk about the ring on your finger?”

Other fans of My Big Fat Fabulous Life also agreed that is the thing they’d rather talk about, In fact, several asked various versions of the same question. Another one asked, “What ring is on your wedding finger?” To which, another fan replied, “ummmmm me too questions to ask.” More questions came in like this one: “Can we talk about that ring on that finger?!”

Unfortunately, Whitney never replied or any of them, which makes fans only suspect even more that she might not be single.

Remember to check back with us often for more news about Whitney Way Thore from TLC’s My Big Fat Fabulous Life.