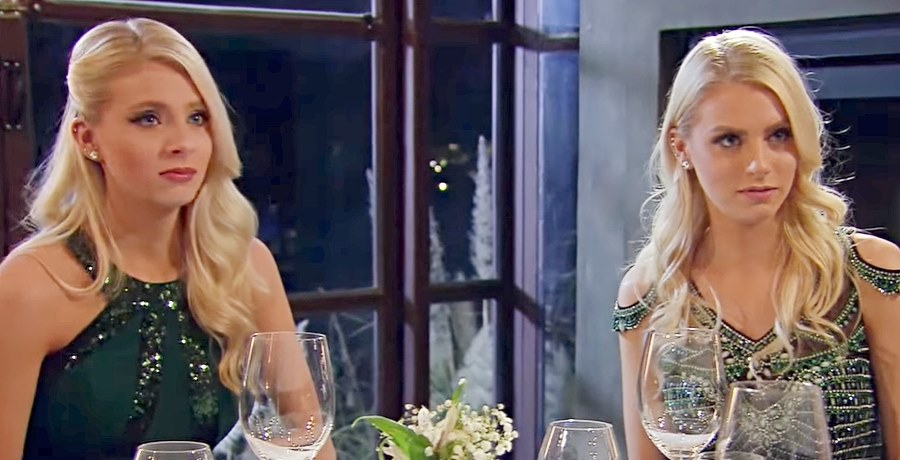 Haley Ferguson can now join her sister Emily in Bachelor brides walking down the aisle this year. Haley has been dating hockey player Oula Paive and he just proposed. Bachelor Nation met the twins on Ben Higgins’ season and then watched them look for love for two seasons of Bachelor in Paradise.

Haley said what made the engagement so special was he proposed at their dream venue. According to E-News, she thought they were going to view it and he proposed right there. Haley must have known an engagement was coming at some point. She talked about their dream venue. She said they, “wanted to lock down a specific date since his hockey schedule only allows for him to have three months off during the summer.”

How Did Haley Ferguson Meet Oula?

In true twin fashion, Haley Ferguson met Oula because her twin encouraged her to DM him. Emily Ferguson was also dating a hockey player as well, William Karlsson. According to People the two have been dating since 2017. Getting engaged was a dream come true for Emily. She said, “I SAID YES! I get to marry the man of my dreams. This is a moment I’ve dreamed of since I was a little girl and it’s more than I could have ever imagined.”

She said I “forced” her to send him a DM. Emily told E News, Haley and Oula are great for each other. “They balance each other out.” Her twin said Oula “puts Haley first.” Bachelor Nation met the twins on Ben Higgins’ season and then watched them look for love for two seasons of Bachelor in Paradise. The mischievous twins were a blast in Paradise, but never quite found a connection. They then had their own show called, The Twins Happily Ever.

Haley said what made the engagement so special was he proposed at their dream venue.  Of her dream guy, Haley said, “My life has changed so much since meeting Oula. He’s the kindest and most thoughtful person and I can’t picture my life without him.”

Will There Be A Double Wedding For The Twins?

Haley Ferguson and her twin do everything together. On her Instagram with the above picture, Haley said, “thank you for choosing me. Will I ever stop crying/smiling…probably not!” Emily responded to her twin, “BEYOND HAPPY FOR YOU AND OULA!!!!! Love you both SM!” Other Bachelor nation stars congratulated her as well. Lauren Luyendyk said, “omg how cute are you two.” Becca Tilley and Caelynn Miller Keyes both congratulated them.

So will there be a double wedding? Emily said, “I’m so excited that Haley and I get to enjoy our engagement at the same time! We love doing everything together if it already isn’t obvious!” She went on to say they’d do joint bachelorette parties and a joint bridal shower, but get married on different days. Emily also said they’d have babies around the same time.

What do you think of the twins’ engagements? Comment with your thoughts down below.