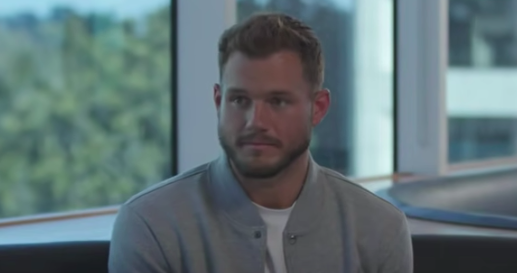 Colton Underwood is not letting fans get too personal. In fact, he’s shutting down the fans that are taking things too far.

Former Bachelor Colton Underwood has been super open as of late. He first came out as the first gay Bachelor to later reveal he was actually blackmailed into revealing that. While it’s still true, he hadn’t planned on coming out yet. Instead, he was forced.

Overall, Colton has been very open with his journey. He explains that he isn’t dating anyone right now, and instead is waiting for true romance. That doesn’t mean he hasn’t been on dating apps like Grindr in the past though.

However, he isn’t going much further than that. A fan asked about his personal s*x life and Colton instantly shut them down US Weekly says.

Colton was doing a Q&A on Instagram as most Bachelor Alum do. During this, someone asked him how many men he had hooked up with. Colton got candid with his true feelings.

“Let me vent for a second. Questions like this are inappropriate. I understand you might know me from The Bachelor where I shared a lot about my personal life,” Colton says. “I have set boundaries and I’m respecting myself in a way that will lead me to a healthier life.”

This is a confusing time for fans since they have grown used to Colton telling everyone about everything. But, it’s good he has drawn some clear boundaries for himself. After all, he doesn’t owe his fans anything. Especially not personal information.

Colton has had a lot of unfair labels stuck to him already which has made fans feel like they could ask him these questions. For example, his “virgin” label on the show.

“I never asked to be labeled as the virgin bachelor and have people feel the security to ask me questions about my sex life,” he shares with his followers. “It just happened and during that time I thought I had no other choice but to just go with it the network would be mad. I know differently now. I’ll share what I want and this won’t be one of those things.”

Do you think Colton Underwood has that right to privacy? Or did he sign up for this when he joined The Bachelor? Let us know in the comments below. Come back to TV Shows Ace for more news on all of your favorite Bachelor Nation stars.

‘The Witcher’ Fans Want Netflix To Replace Henry Cavill GF Drama
‘LPBW’ Fans Suspect Tori Roloff Is A Lazy Diva, Won’t Get Dirty With Zach
Justin McSwain Says He’s Thankful For A Year Of Life – Interesting Photo
Amy Roloff Is Excited About Her Wedding, But Is Chris Marek?
‘Bringing Up Bates’ Season 10 Finale Details Revealed: When Does It Air?