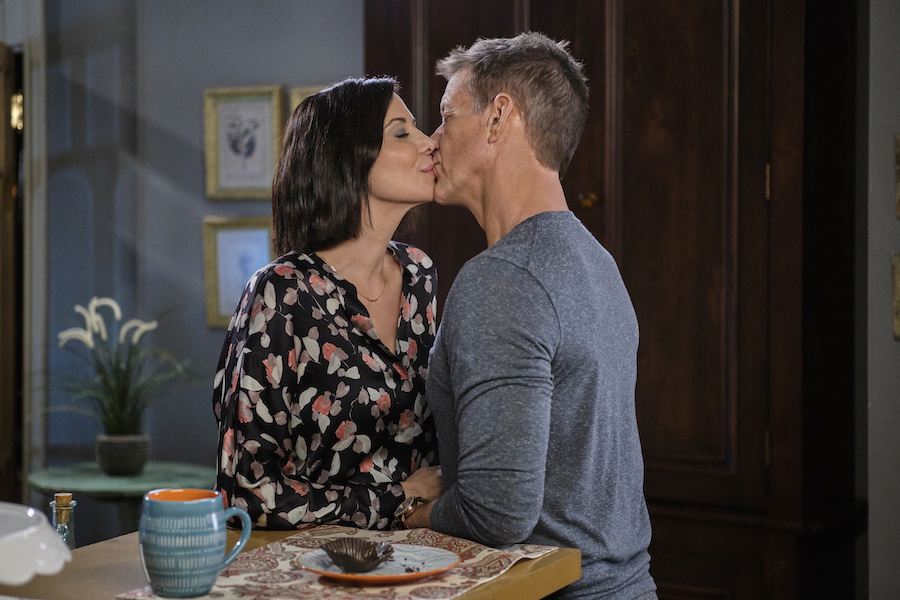 Hallmark’s Good Witch is back on Sunday with Season 7. There promises to be a lot of magic and love. That could also include the first LGBTQ+ romance on the series. What does the preview hint at?

Goodies, are you ready for The Good Witch Season 7? The premiere is on Sunday, May 16, at 9 p.m. Eastern, on the Hallmark Channel. Moreover, the Hallmark preview gives us a hint of what to expect this season. Although there will not be as many of those Middleton quirky stories, there will be a lot more humor.

What else should Goodies expect? How about romance?

Romance is blooming in Middleton! That means lots of intimate moments. In addition, there is a lot of lovely gestures. But, Cassie learns that her magic has some obstacles. She learns that the more she cares about someone, the less likely magic will happen.

However, don’t count magic out. With three Merriwick women now in Middleton, there could be a triple threat in the magic department.

There could be a potentially groundbreaking romance for Good Witch in Season 7. According to the preview, Joy Harper, who is new to Middleton, is shown adjusting the bowtie of another woman. While this intimate moment is shown, Catherine Bell’s voice shares that everyone will be “exploring different aspects of romance.”

If there should be an LGBTQ+ romance on the series, this will be yet another example of inclusion and diversity that the network promised to offer since the disastrous 2019 Christmas ad debacle. To refresh viewer’s memories, an advertisement for a wedding site showed a same-gender wedding in their advertisement.

First, Hallmark removed the advertisement, per the request of the Million Moms. However, cries to #BoycottHallmark made the network reverse that decision. With that decision, they vowed to be more inclusive in their broadcasting.

Now, it is not unusual to see gay characters and couples in Hallmark productions. If they are indeed adding an LGBTQ+ relationship to Good Witch, this will continue this vow.

Will There Be A Halloween Special For 2021?

Last year, due to Covid, there was not a Good Witch Halloween special. They were unable to make that happen. The restrictions mean that it takes longer to film episodes. In addition, crowd scenes and such offer more challenges.

However, there has not been a word either way on whether there will be a Halloween Special for 2021. Hopefully, they already have a script in place. As many things are starting to return to normal, this should give Goodies some hope that their favorite Halloween special may be back!

The Good Witch Season 7 premiere is on Sunday, May 16, at 9 p.m. Eastern, on the Hallmark Channel.