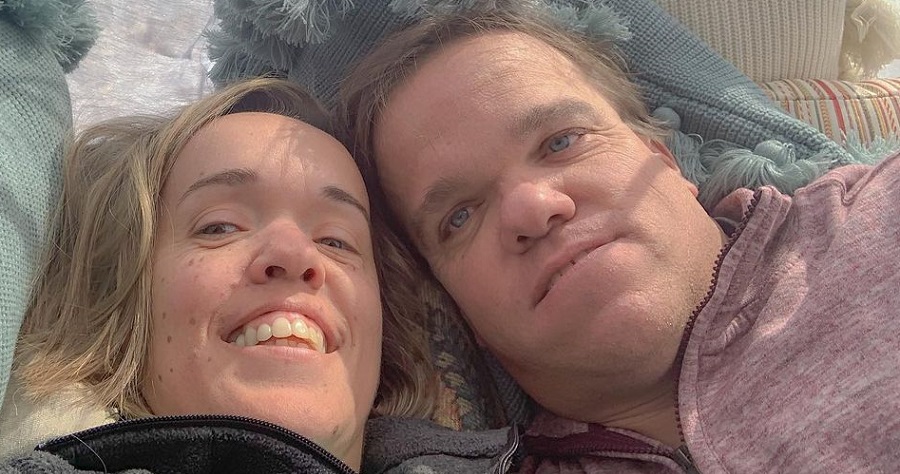 Amber Johnston of TLC’s 7 Little Johnstons posted a photo with two pick-up truck beds filled with furniture. The caption of her Instagram post made it clear it was moving day for someone. Turns out, some fans had pretty sour grapes about moving day. In fact, some fans felt Amber and her husband Trent were trying too hard to push their children out of the house when they become “of age.” The reality TV mother, however, was waiting to clap back at the trolling. What did she have to say? Keep reading to find out.

Moving day for someone in the Johnston family

Unfortunately, Amber Johnston did NOT make it very clear who was leaving the nest today. But, the family all got together to help someone move into their own home. Fans did have a lot of theories. And, a lot of opinions. Regrettably, the opinions were NOT that great.

For starters, some fans assume Amber and Trent finally “pushed” Jonah Johnston out of the house. Amber, however, quickly shut down that chatter. She noted there was no need to push her son out of the house. Why? Well, because he had already moved out!

Next, fans shift to assuming they must be helping Elizabeth move into a new place. That theory, however, also seems a little unlikely. Amber and Trent posted about Elizabeth moving into her own place about five weeks ago. Like now, fans had mixed feelings about this post as well. So, if it isn’t Elizabeth or Jonah moving into their own place… Who could it be? Well, let’s think about the ages of their children for a moment.

It appears as if Anna Johnston has moved out

By default, the only other child of age to exit the next is Anna Johnston. As we reported a few months ago, Emma Johnston did hint both her sisters Elizabeth and Anna were “going on a journey” soon. Some 7 Little Johnstons fans took this to mean they were both moving out of mom and dad’s house in the near future.

Fans of the TLC series aren’t too happy with Amber and Trent Johnston right now. Most fans admit they have a hard time wrapping their brains around wanting their children to leave the nest. Amber, however, fires back noting her whole purpose is to teach her children to be independent. And, she can’t do that without encouraging them to get their own place. Still, fans cannot help but feel like she’s forcing them out once they become “of age.” Here’s what some frustrated fans had to say:

Some fans, however, were more supportive.

“Eventually they have to spread their wings and fly! My 21-year-old moved out two weeks ago and now I’m getting used to my empty nest. You’ve raised them to be the most amazing and independent adults!” One fan penned in support. Other fans noted they had no idea why people were so upset about adult children moving out.

Are you surprised Amber Johnston clapped back at trolls?