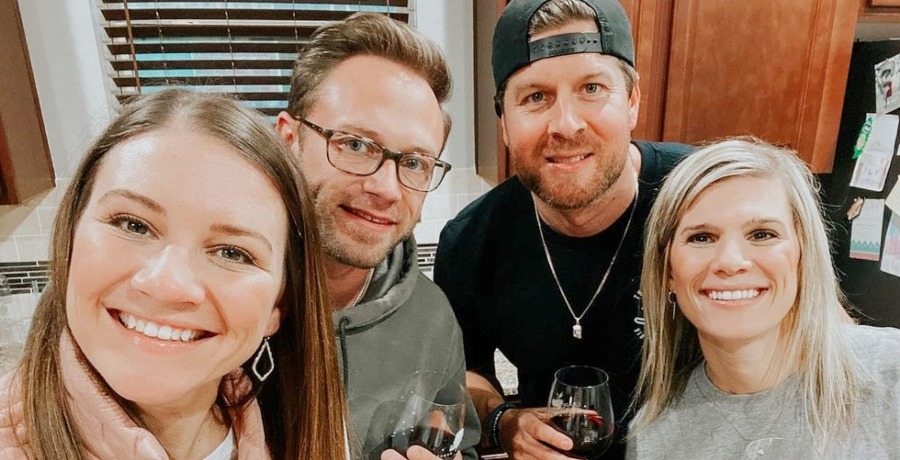 The secret is out — someone from TLC’s OutDaughtered is headed for DWTS (Dancing with the Stars). Ok, so maybe not DWTS on ABC. But, they ARE headed for a local DWTS competition. And, that is still pretty cool! According to a video we recently uploaded to YouTube, OutDaughtered fans are thrilled to learn someone from the TLC family is going to show off their dance moves.

Wait, so who got on Dancing With The Stars from OutDaughtered?

Now, fans that follow the OutDaughtered family on Instagram probably won’t find this information too surprising. But, it is none other than Uncle Dale Mills that got on DWTS. He was happy to talk about it on Instagram. He shared a pretty lengthy post celebrating how exciting he was. Uncle Dale called attention to the fact that he does dance videos on TikTok all the time. So, he’s sure he’ll smoke the competition.

The announcement confused fans a bit that glossed over some of the details. Uncle Dale makes it clear in the first sentence this is a local DWTS competition. His wife Crystal notes how “fun” the competition is going to be in the comments of her husband’s Instagram post. Dale notes Aunt KiKi will be his “biggest cheerleader.” So, it doesn’t sound like she’s his partner for this competition.

Uncle Dale Mills, however, makes it clear he has his sights set on something big. He WANTS to be on DWTS featured on ABC sometime. Given the history of the show, he wouldn’t be the first reality TV star to step on that stage. The question is — Does Uncle Dale Mills from OutDaughtered have what it takes to be on DWTS?

Turns out, the excitement from Uncle Dale Mills bled over into Adam’s Instagram as well. When Uncle Dale commented on Adam’s post, OutDaughtered fans praised him for getting onto DWTS. Adam, however, was quick to shut down the praise. He put fans in their place noting it was just a local thing Uncle Dale got into. He definitely didn’t get on ABC’s Dancing with the Stars.

Those who follow Adam and Uncle Dale on Instagram know this playful banter is pretty typical. And, the fans were here for it. Whether it is a local thing or Uncle Dale makes it to ABC’s DWTS, fans of OutDaughtered are looking forward to seeing some fun dance videos.

Now, Uncle Dale Mills of OutDaughtered has over 300,000 followers on Instagram. So, his announcement got a lot of attention. What do fans of the TLC series think of seeing Uncle Dale Mills on Dancing with the Stars? Well, here’s what they had to say.

Unfortunately, some fans were pretty confused by the announcement. Aunt KiKi took it upon herself to clarify this was NOT the show on ABC.

“FYI it’s not the actually Dancing with the Stars show on national tv. It’s something local here at our hometown event.” Aunt KiKi clarified.

Fans also wondered who might be Uncle Dale’s dance partner. Unfortunately, he didn’t seem too keen on spilling that information.

Would you like to see someone from OutDaughtered such as Uncle Dale Mills on DWTS? Are you bummed he isn’t on the actual show? Share your thoughts with us in the comments.