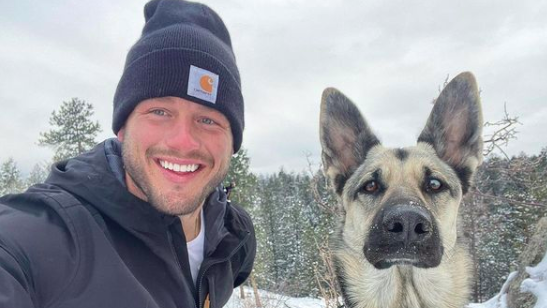 Colton Underwood has had a huge week in the media after revealing he was blackmailed to come out as gay. Now, he’s talking about his regrets and one of those was not supporting the first openly gay NFL player.

Colton Underwood and the NFL

Before his time on The Bachelorette Colton actually played for the NFL. So, it’s no surprise that this is included in one of his regrets now. Michael Sam was the first NFL player to come out as gay. Colton regrets not joining him in that when he had the chance ScreenRant says.

“I had the opportunity in 2014 when I entered the draft. Michael Sam came out.” Colton said. However, he heard all of the negative things that were being said about him and opted not to join. “The football and athletic community is not ready for gay people,” he says.

While it should have been inspirational for Colton to see this happen it ended up scaring him more than anything.

“If anything, Michael Sam coming out and being so public about it put me in the closet even further because I didn’t want to be like Michael, in the sense that I didn’t want it to be negative or bad,” Colton says.

Now, Colton has made the decision to apologize personally to Michael for not coming forward and being supportive in that moment. Colton says he wishes he was brave enough to come out at that time so he could be more supportive of Michael. Not to mention, Colton’s life would be drastically different if he had come out sooner.

Now that he has been out for a little bit, fans are wondering if he is single or taken. At this time, Colton reveals he is still single. He says he is just looking for someone to have a romantic connection with at this point.

For a while, he was on Grindr, the gay dating app, but has since left that platform. He actually joined that app under a fake name in 2016 or 2017. So, he has known for a long time that this was something he was going to pursue, regardless of his time on The Bachelorette and as The Bachelor.

Have you been following Colton Underwood’s Bachelor Nation journey? Let us know in the comments below and come back to TV Shows Ace for more news on all of your favorite Bachelor Nation members.

WOAH!!! Sabrina Burkholder Stuns With Before & After Picture
‘Bachelor In Paradise’: First Former Lead Heads To The Beach Looking For Love
‘LPBW’ Will Zach & Tori Move To Roloff Farms For Jackson And Lilah?
Does Colton Underwood Have A Boyfriend? (No, Not The Plant)
‘Below Deck Sailing Yacht’: Alli Gets Emotional During Season 2 Reunion