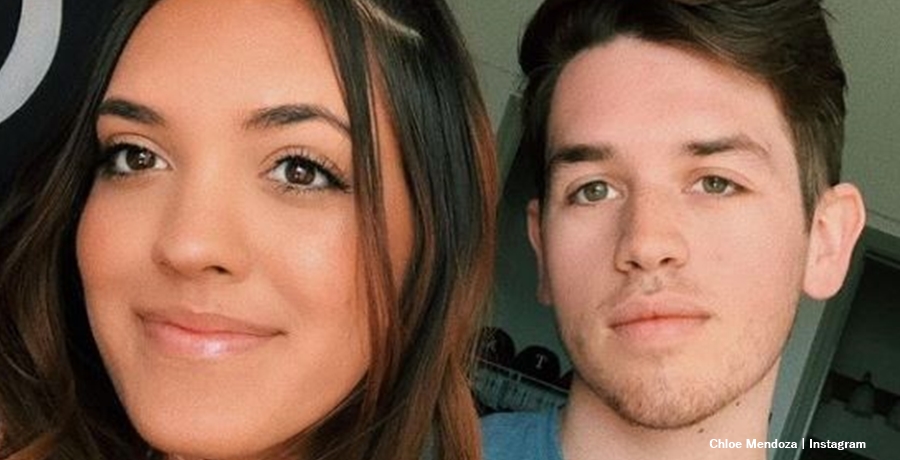 Chloe Mendoza got rid of her baby daddy on TLC’s Unexpected. Max is history and in December, she revealed a new boyfriend. Always very pretty, fans now agree that after her transformation makeover, Ava’s mom looks poised and stunning. Certainly, she looks way happier with Max Schenzel gone from her life. Actually, she looks way different from the rather scared-looking teen that fans originally saw on the show with him.

In December, we reported that Chloe looked very pretty alongside a photo of her new boyfriend. Actually, she seldom posts much these days, so fans don’t know for certain if she remains with him. In March, she said on her Instagram that she dated him for six months and hopes for another six. Possibly, she met him at college where she studies hard making a future for her daughter Ava. In the meantime, Max seems unable to let her go. Slamming and reviling her indicates he misses her more than just as a baby daddy. Possibly, her latest makeover raises a lot of anger in him again.

Chloe Mendoza sometimes becomes a big social media target by Max. Unexpected fans heard in March, that Chloe extended a restraining order against him. He sounded furious about it on his YouTube. Additionally, it means he can’t see his daughter Ava. Well, way back in the first show, fans saw her tell him if he went to jail, then it would be “bye-bye Daddy.” Recently, he emerged from jail, sounding as full of anger at life as ever. TLC fans like that he’s out of Chloe’s life and none of them believe he’s converted into the good boy that he claims.

The photos that Chloe Mendoza shared on May 13, reveal a very different young woman. Many TLC fans raved about it. Here’s what some of them said:

I love your hair it’s beautiful 😻 just like you ❤️.

Wow!!!!! Love your hair!!! (Kind of shy to comment. Your ex wanted to threaten me for saying that you are beautiful!🤣).

Meanwhile, other fans asked Chloe Mendoza when they can expect to see her back on the Unexpected show. Unfortunately, she never replied. Mind you, these days, maybe she ditched the show and just keeps focused on being a good mom for Ava.

What are your thoughts on Chloe’s stunning transformation? Sound off in the comments below.

Remember to check back with us often for more news about Chloe Mendoza from TLC’s Unexpected.