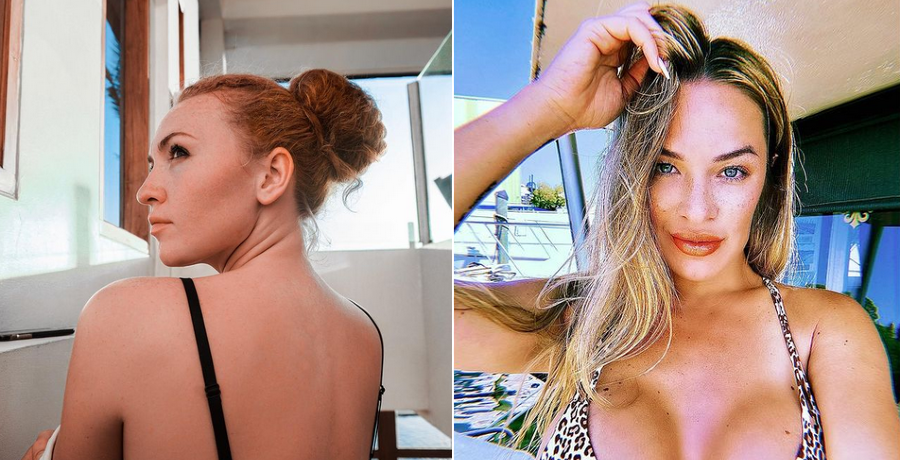 Below Deck Sailing Yacht alum Ciara Duggan is feuding with third stew Jessica More from Season 5 of Below Deck Mediterranean. At first, the two ladies were close friends as of lately. More and Duggan both work in the yachting industry. However, their friendship had a falling out. Duggan called out More on Twitter.

She accused her former friend of allegedly assaulting her sister. The franchise is no stranger to feuds. TV Shows Ace previously reported the ongoing feud between Captain Sandy Yawn and former chief stew Hannah Ferrier. Even fellow chief stew Bugsy Drake ended up in their feud.

Find out why Duggan and More are at odds.

On Friday, May 14, Ciara Duggan lashed out at the Below Deck Med star Jessica More on Twitter. “It’s disappointing when you think someone is your friend and then it takes a drastic turn because of their own psychotic insecurities #sorrynotsorryjess.” Obviously, Below Deck fans wanted to know what Duggan was talking about. Duggan and More were such good friends on the show.

Then, Below Deck Sailing Yacht alum Madison Stalker from Duggan’s season took to her tweet to add: “Same same, but different.” Duggan didn’t reveal why she was no longer friends with More. It apparently had to do with an incident involving her sister. Duggan did not give a reason why.

It's disappointing when you think someone is your friend and then it takes a drastic turn because of their own psychotic insecurities. #sorrynotsorryjess

She only hinted about a situation involving her sister. A fan asked if there’s hope for their friendship. Duggan responded: “Nope not when she assaults my own sister! There’s no forgiving that.” Fans showed their support for the former reality star. They don’t blame Duggan for ending her friendship with More.

Some fans have a feeling that there was something wrong with More. One noted that she “was supposed to be doing some serious soul searching” but she has since taken a “step backward.” That same fan added that they hope that alcohol wasn’t involved. Duggan got support for having her sister’s back during this time.

Back in February, Elizabeth Frankini from Below Deck invited More and Duggan for a game of pool. Duggan retweeted More’s photos of the trio who looked happier during that time.

Previously, Duggan also joined More and Alex Radcliffe during Christmastime. At the time, she celebrated her engagement to Paget Berry. Earlier this month, More shared her struggles with anxiety and depression. Fans also witnessed her erratic relationship with deckhand Robert Westergaard play out on Below Deck.

“After a very real and emotionally gut-wrenching conversation that I desperately needed with @aubertbastiat I was encouraged to get more real,” More shared in an emotional Instagram post. “More real with myself, my relationships/friendships and my life and to have the courage to share this with y’all in an attempt to help normalize the folks who go through hurt, grief, anxiety, depression, thoughts of suicide, feelings of unworthiness the list goes on …..the ugly sh*t we’re all so good at hiding.”

Many Below Deck members shared their support. More recently shared videos and photos from her trip to Costa Rica alongside her good friend Radcliffe. She has not responded to Duggan’s tweet. Check back with TV Shows Ace for the latest news on Below Deck.