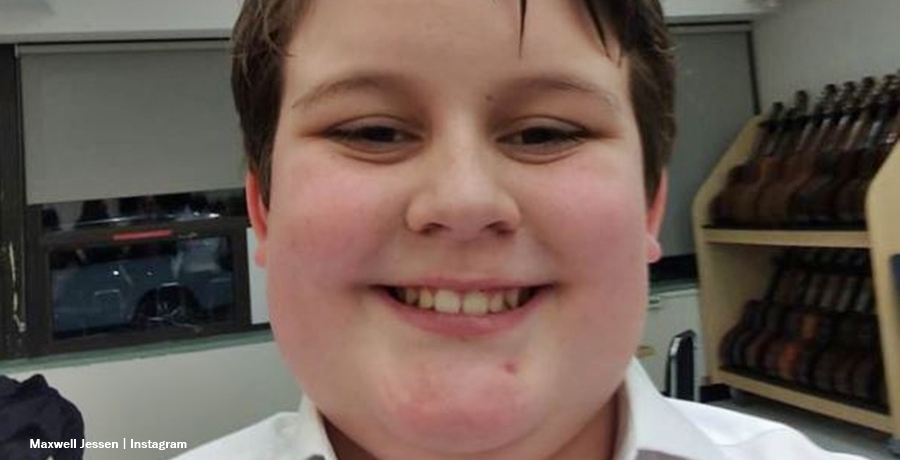 90 Day Fiance star Maxwell Jessen featured in the TLC franchise when his dad Michael Jessen and Juliana Custodio met up and later married. During the show, fans saw a lot of Maxwell and his younger sister CiCi. Hailed as polite and clever kids, Max still keeps followers on his Instagram. Unfortunately, he also attracted a lot of trolls because he looks a bit hefty. Anyway, now he shared some exciting news. He said that he went off to interview a politician. Perhaps he becomes a politician one day, or a journalist.

In July last year, we reported that Michael’s son returned to Instagram after a long absence. He actually tapered off with his posts a lot in May last year during his mom’s cancer diagnosis. Also, the lockdowns made him less likely to post much at all. Sometimes, he shared posts about his gaming. However, he even slowed down sharing about his games on his YouTube account. Delighted fans responded to his return. One of them said, “Max, you are such a very bright and personable young man! I love to watch you and your sister together! Your parents are blessed indeed! Don’t ever let the influences of this world change the wonderful person that you are, Max!”

Even though he returned, 90 Day Fiance star Maxwell still posts only the occasional photo these days. In December, Monsters and Critics reported that he picked up some terrible trolls. In fact, they relentlessly bullied him as they felt he was overweight. His mom valiantly fought back and so did Max. However, it seems terribly sad that the nice young man struggles with bullies every single time he posts anything. Trolls probably think they are clever but it ruins the vibe for everyone, loyal fans agreed.

Since the beginning of the year, 90 Day Fiance star Maxwell only put up five posts. Perhaps the trolls still keep him away from the social media platform. He shared about his new game and about Syngin Colchester and Tania Maduro visiting with his family. As he often does, Max also shared a photo of himself with his adorable dog. Now, on May 12, he shared a photo of himself looking very smart. The TLC star told his followers, “Interviewing a Connecticut state representative tomorrow, so I gotta look the part.”

It’s not clear if 90 Day Fiance star Maxwell carries out the interview for a school project or not. Possibly, he looks at politics or journalism as a career. However, he might just pop it up on his YouTube or Instagram. Fans really hope they get to watch it.

Remember to check back with us often for more news about 90 Day Fiance star Maxwell Jessen, his sister Cici, and Micheal and Juliana.