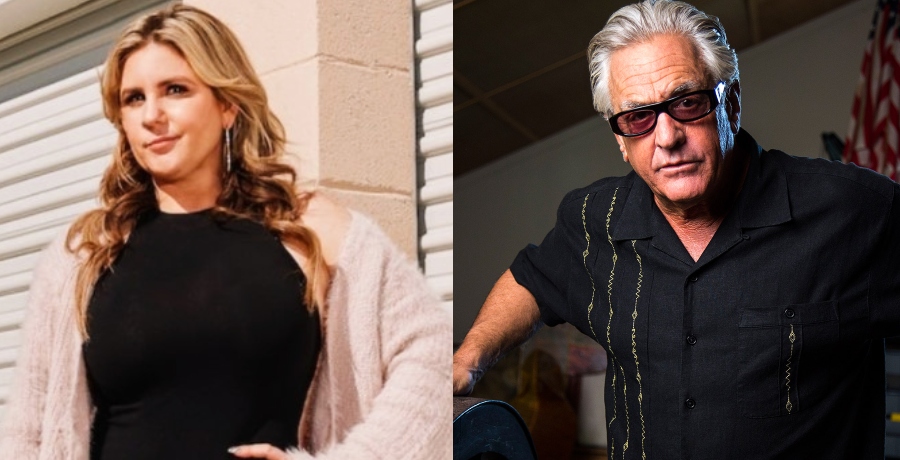 Brandi Passante just celebrated her birthday with none other than her Storage Wars co-star Barry Weiss. What sort of libations did they enjoy for her big day and did Barry belt out “Happy Birthday”?

Here is what we know.

Storage Wars fan favorites Brandi Passante and Barry Weiss were featured in a recent Instagram Story. Brandi posted a fun video from a night out celebrating her 41st birthday. The first video excerpt shows Barry trying to remember a joke. “It’s something about the mob.”

As Barry fumbles around for the right words and promises, “I am gonna get it.” Meanwhile, Brandi is laughing hysterically. She repeats “You’re gonna get it.” Barry just beams at her. He promises that “this joke is actually funny!” They are having quite a lot of fun!

The next video shows Barry still struggling with the joke. He admits, “I lost the most important part of this joke.” Brandi is in the background, still giggling. Barry reaches over and grabs a martini. “We are gonna get it back with a couple of martinis,” he promises.

Now, the big question is whether the Storage Wars fan favorite will sing “Happy Birthday” to Brandi. Brandi asked Barry, “Will you sing to me or not?” In front of her is a luscious plate of glazed strawberries with whipped cream and a birthday candle on the side.

Barry is not going to sing to her. Brandi let out an “awe.” That is too bad. However, he said, “I will wish you a “Happy Birthday.” He then shook his head and shared that he has a “s%#!!? singing voice.”

But, Barry did hit his coffee cup to her glass filled with an icy beverage. They both say “cheers” in unison. Barry then said, “Forty-one, and you look great!” Yet, when Brandi starts to blow out her candle, you can hear Barry singing, “Happy Birthday to you…” and his voice is wonderful. Who is even a little surprised by that? That would be no one. Barry is pretty wonderful with everything he does!

Brandi is having a fabulous birthday. Moreover, Barry looks healthy and happy.

Storage Wars fans, are you aware that the A&E show is back on the air? Many familiar faces are back including original auctioneers, Dan and Laura “Pay the Lady” Dotson is back. In addition, Darrell Sheets, who recently retired, appears to have un-retired and is returning. Next, the Nezhodas, Rene, and Casey are back, as is Ivy Calvin, and his sons. In addition, Kenny Crossley will be back. Brandi Passante and Jarrod Schulz have also returned, but not together.

Be sure to catch Storage Wars every Tuesday night on A&E. You will want to tune in to see the return of Storage Wars Barry Weiss!