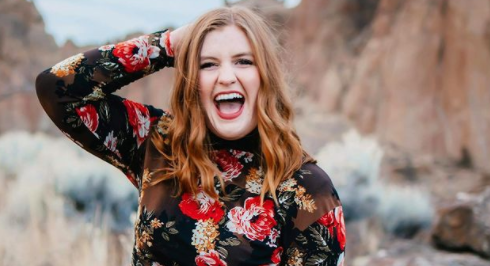 Isabel Roloff isn’t scared to voice her opinion when something bothers her. She wasn’t afraid to speak out about Youtubers Nikki and Dan Phillippi.

According to The Sun, after some incidences with the dog being aggressive, Isabel said the situation hit home because her dog is considered, “aggressive.” She said despite being anxious around other dogs, “they work at it.”

Roloff revealed she feels like a dog should be a lifetime commitment.

She shared several pictures of her pups to her story. In one she said, “after all the hardships… never once did I consider giving up on him.”

What Did Isabel Roloff Say On Her Story?

Isabel shared a post of a petition signed by forty-eight thousand people to get the Youtubers demonetized.

She said her father did the same thing growing up. He euthanized the family dog while they were away. She said, “dogs make life harder, but they also enhance life so much.” She said, “a dog needs to bite multiple people to be considered dangerous.” Isabel said, “we don’t deserve dogs. And she definitely did not deserve hers.” She was speaking of Nikki Phillippi.

She took it a step further showing a video of Dan Phillippi antagonizing the dog they put down, Bowser. He’s repeatedly putting a Yorkie in his face and laughing as he barks at it. Isabel stated his tail is wagging and there’s a toy in his mouth. If he truly had been aggressive, the Yorkie would have gotten bitten.

In another post, she showed a photo of the puppy with their son, the one he bit, allegedly. She said, “they were scared to have him around Bowser, but not too scared to have a photo shoot before they killed him.” Isabel said if she had feared a dog would hurt her son, she wouldn’t plop him down for a picture that close to him.  This is something she feels very passionate about.

Isabel Roloff expressed her outrage about their dog, but others were mad about their canceled adoption. The clip,  posted in 2018, shows the couple updating followers they wouldn’t be adopting a child from Thailand. They originally said it was because they couldn’t show the child on Youtube. Later, they said it was because the child wouldn’t be theirs until a full year after the start of the adoption.

According to The Sun, the video is now on Reddit bringing it back up after the dog controversy. They said after learning you could not share the child on social media or Youtube for a year, they wouldn’t do it. What do you think about Isabel coming for the couple? Comment with your thoughts down below.