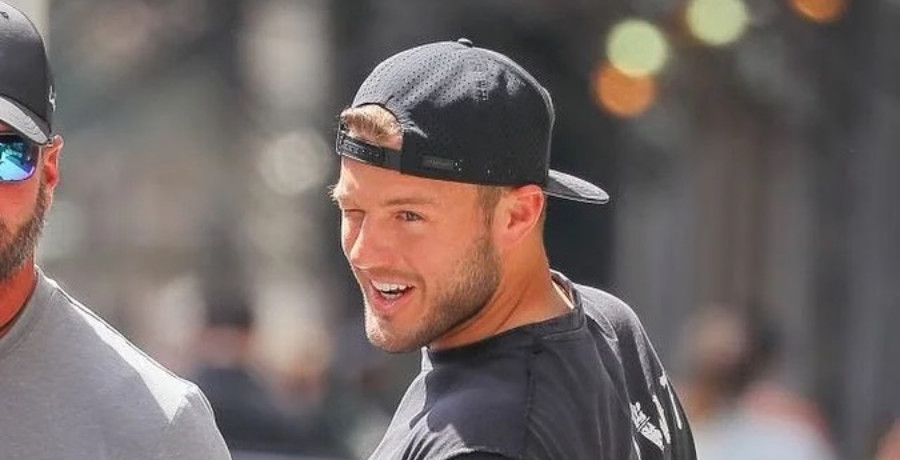 Colton Underwood is stepping outside his comfort zone. After coming out as gay last month, he is showing a new side of himself to the world. The former Bachelor lead joined TikTok in a big way. He collaborated with another TikToker for a flirty video that ended in an almost-kiss.

Bachelor Nation fans thought they knew Colton Underwood’s coming out story last month. But it turns out the former Bachelor star had more to share. During his chat with Robin Roberts on Good Morning America, he admitted to knowing that he was gay before he joined the franchise as Becca Kufrin’s suitor on The Bachelor.

In his new interview with Variety, he dropped a bombshell about his pre-show activities. Particularly shocking is the revelation that Underwood met up with men he met on the Grindr app. While he claims he remained a virgin after the dates, he did admit to experimenting with them physically.

Now that he is out of the closet, Colton Underwood seems more comfortable in his own skin. In fact, he recently ventured into the world of TikTok.

TikTok is a popular medium to entertain the masses with short video clips of dancing, singing, etc. Underwood’s former contestant Tayshia Adams recently did a fiery TikTok video with fellow alum and Dancing With The Stars champ Kaitlyn Bristowe.

The challenge uses the sound they might kiss x promiscuous by annette. The sound features the song “Promiscuous” by Nelly Furtado ft. Timbaland.

In the video, Underwood and Washington lean in for a kiss, but break apart before their lips can touch.

In the comments, Colton Underwood teased a kiss that viewers didn’t see. He wrote, “This kiss was [fire emoji] in the comments to the video shared on Washington’s TikTok.

You can take the jock out of the locker room…

In addition to the near-kiss clip, Colton Underwood & Markell Washington collaborated on another short clip. That clip was posted to Colton Underwood’s newly created TikTok.

While Colton Underwood doesn’t quite have moves like Tayshia Adams & Kaitlyn Bristowe, he gives it his best try.

What do you think about Colton Underwood’s TikTok debut? Share your thoughts in the comments below.