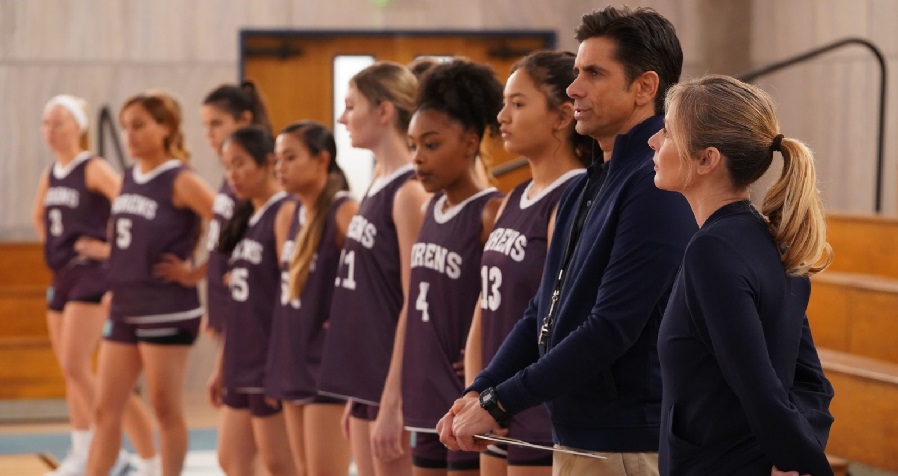 Disney+ subscribers that have binged through the first four episodes of Big Shot are wondering when the release date for Episode 5 might be. Fortunately, you won’t have to wait too much longer as the release date is tomorrow: May 14, 2021. For those who can’t wait until tomorrow, there is an exclusive clip from Episode 5 that was released on YouTube. You can check out the exclusive video clip below.

Disney+ will release Episode 5 of Big Shot into their streaming library on Friday, May 14.

Jessalyn Gilsig co-stars with John Stamos as his assistant coach named Holly. She’s thrilled to work with him. But, she finds herself constantly reminding him to change his ways because he’s coaching young girls. In an exclusive clip from tomorrow’s episode, we see assistant coach Holly and Coach Korn getting into a pretty heated argument. Check out the clip below to see what they aren’t seeing eye to eye about.

Based on the clip, it sounds like a few of the girls were caught cheating on a test. As punishment, they are in detention and have to miss practice. Coach Korn isn’t happy they are missing practice. But, Holly thinks he should consider himself lucky they aren’t pulled from the team completely.

Coach Korn believes Holly being both a teacher and a coach makes her weak. But, Holly thinks Korn could stand to learn a thing or two from teaching. Korn, however, doubles down on being a teacher would just distract him from coaching.

What is Big Shot about anyway?

John Stamos plays the role of a hotshot college basketball coach named Marvyn Korn. Unfortunately, his temper gets the best of him and he throws a chair after a call he doesn’t like from a referee. Pushed off of his pedestal, Marvyn is forced to work his way back up. With the help of his agent, he lands a job as a coach at a private elite girls’ high school. Marvyn Korn also has to change his ways because coaching high school girls requires a bit of a softer touch compared to coaching college men. During the first four episodes, Coach Korn quickly forms a bond with his players.

The series follows John Stamos as a big-time college basketball coach named Marvyn Korn who is forced into coaching at an elite private high school after getting fired. In the series, Jessalyn Gilsig plays Korn’s assistant coach, Holly, and the two don’t always see eye to eye. In fact, an exclusive clip from the upcoming episode shows them butting heads over the team.

New episodes of Big Shot drop into the Disney+ streaming library every Friday. Have you had a chance to check out this series yet?