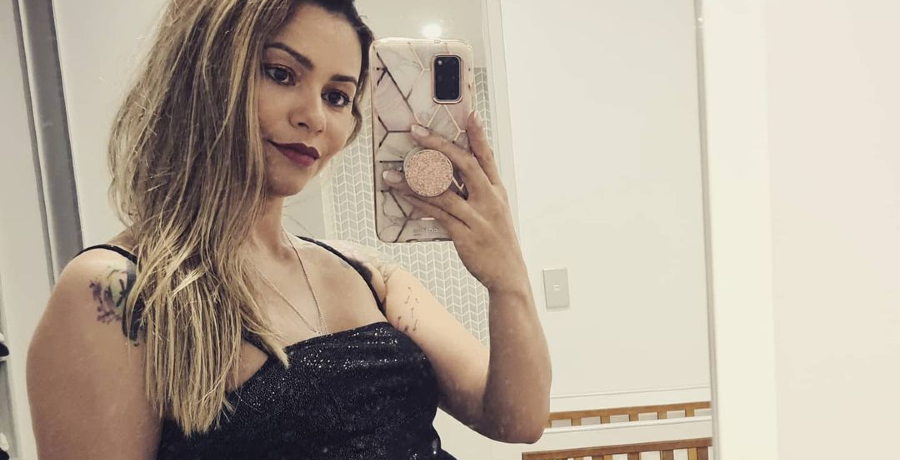 Below Deck Sailing Yacht star Dani Soares has kept quiet about her pregnancy. At first, she did not want to reveal any details about her unborn child. In the meantime, fans are seeing her relationship with Jean-Luc Cerza-Lanaux play out on Season 2. The couple heats up even though they hit a bump in the road.

Jean-Luc didn’t seem to mind when Dani hooked up with fellow stew Alli Dore for fun. Both women wanted to get their digs in at their respective men. Dani wanted to make a humdrum Jean-Luc jealous, while Alli wanted Gary to make a move. So, they decided to make a move on each other.

Last month, Dani announced that she’s pregnant with her first child. This led fans to wonder who’s the father. Most Below Deck Sailing Yacht fans have pointed the finger at Jean-Luc, who has neither confirmed nor denied the allegations. According to them, he doesn’t want to be involved with Dani’s baby.

The reality star did not reveal the paternity in her Instagram announcement. She didn’t even reveal details about her baby, including the gender and due date. Dani only hinted that she’s farther along than people though. Revealing the due date could cause fans to do the math.

Season 2 of the Below Deck spinoff aired during summer 2020. The crew members reportedly filmed during July and September. That’s around the same time that Dani’s relationship with Jean-Luc was heating up. In the show’s midseason trailer, she said that she wouldn’t mind having his baby.

She made it clear that she really likes Jean-Luc. Love may be too strong of a word, but like is certainly is felt. Both Dani and Jean-Luc have kept the status of their relationship a secret from viewers who want to know if they’re still together. Also, they don’t follow each other on social media.

Dani Soares shares the gender of the baby

Surprisingly, the Below Deck Sailing Yacht Season 2 star revealed the gender of the baby. On Wednesday, May 12, she took to Instagram to share a photo of herself rocking shorter hair and a floral top. Dani also wore a red lip and a big smile on her face. The 33-year-old couldn’t wait to share what she was having.

“I’ve always been a girlie girl, even when I used to spend hours every day playing RPG,” Dani captioned her post. “When I found out I was pregnant, all I really wanted was a healthy baby and didn’t really care about anything else. But now, I’m looking forward to having my little girl and developing that mother and daughter relationship.”

Below Deck Season 8 star Chef Rachel Hargrove commented: “Looking good mama.” Her costar Izzy Wouters said that Dani’s baby is “The luckiest little girl to have you as a mama.” In a previous interview with Us Weekly, Dani said it’s no one’s business to know the father’s identity. Below Deck Sailing Yacht airs Mondays at 9 p.m. ET on Bravo.