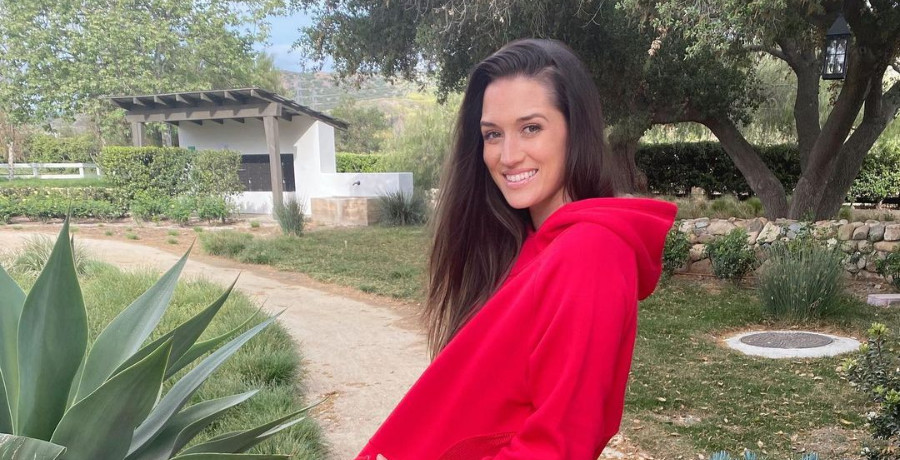 Bachelor in Paradise stars Jade & Tanner Tolbert live in a nice home that they purchased in 2018. In 2019, Jade shared some upgrades and refurbishing, and now they listed it for sale. In fact, the photos that Jade showed over the years revealed only a little bit of their house. Possibly, they sell the home now because of their growing family. In any event, it looks like they make a nice profit on it. Originally, the couple paid $1.6 million for it.

Selling up might not be all that easy for Jade. After all, two of the three kids were born in the house. Recall, Brooks arrived in such a rush she never made it to the hospital. He ended up being born in the closet in 2019. Fast and furious, she took only seven minutes to birth him. However, the shock and trauma of the surprise really shook Jade. Of course, fans know that little Reed Harrison arrived way more slowly in a water tub. Also, their daughter Emmy hit some milestones in the home in the gated community of Oak Farms in San Juan Capistrano.

The Bachelor in Paradise stars Jade & Tanner Tolbert probably never forget the day that Emmy took a bad tumble down the stairs. The poor little girl broke her tooth. On her Instagram, fans often see the family pose on those stairs. Now the home’s listed, it looks like they might make a nice profit off it, or upgrade to a bigger home. ABC fans know that between Jade and her husband, they really don’t know when they will stop making new babies.

The listing reveals an asking price of just under $3 million

The home is listed by Compass for the Bachelor in Paradise stars. Jade and Tanner, it turns out, live in a beautiful home. It comes with a perfect pool and lots of light inside. The patio’s nice, and the living space is open-plan. A huge walk-in closet and an amazing bathroom were revealed in the photos on the Compass website. Apart from the walk-in closet, there’s a walk-in pantry as well. Constructed in 2017, the home also comes with “five bedrooms and five-and-a-half bathrooms spread across 4,408 square feet,” Yahoo reported.

The deck, patio, cabana, and porch make a really nice home for the Bachelor in Paradise stars. So, prospective buyers probably attract a new family to the neighborhood. Actually, the Oak Farms community is considered safe and luxurious with mostly new homes in it. Unfortunately,  if you think of purchasing the home, you might be too late. The New York Post reported that they landed a buyer within just five days of listing it. However, Compass is still accepting backup offers at this time.

What are your thoughts on the move? Do you think they might look for a bigger place as they plan another baby? Sound off in the comments below. Remember, check back with us often for more news about Jade & Tanner Tolbert from ABC’s Bachelor in Paradise.