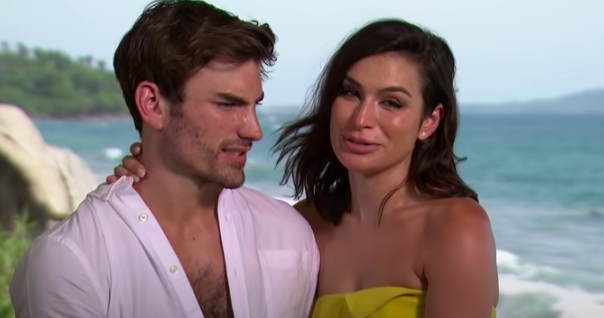 Jared Haibon is a student once more! His wife, Ashley Iaconetti is talking about his progress and what has been going on with him.

Jared Haibon is in school again and Ashley is spilling all the tea on his progress. Ashley did an Instagram Q&A where she got into the details Bachelor Nation reveals.

“For those of you who didn’t know, Jared is back in school,” the Bachelor Nation star says. “He left college with just five classes left to take in his early 20s. He got his grades for the four classes he took this semester…and he got straight A’s!!!”

Not only is he doing really well, but he’s actually almost done. Ashley reveals he is just one class away from getting his Bachelor’s Degree

“I’m so proud! He’s worked really hard the past few weeks! Now, just one more class until he gets his bachelor’s degree!” she shares.

Why is he in school?

Of course, fans were curious as to what Jared is in school for. Ashley was quick to fill them in.

“Well, he wanted to finish up his degree in history to have the option of being a teacher or going to law school one day,” she says.

Honestly, that makes perfect sense and is such a good reason to go back to school.

After that, they want to start their own business.

“Not relevant to his degree, but we’re seriously thinking of opening up a cozy coffee and cocktail bar in Rhode Island,” she says about their future. “He wants to go back to his hospitality roots.”

This certainly doesn’t come as a surprise since he has brought up his desire for this career path before.

“I’d love to own a coffee shop/martini bar,” he said. “I love those vibes, that Mediterranean vibe with vineyards and very dim lighting, intimate with couches and chairs. [It would] specialize in martinis or espresso martinis.”

It sounds like Ashley and Jared have a great future ahead of them once Jared graduates. While it has nothing to do with law school, it sounds like it will be a fun thing for them to pursue while they find out what they really want to do in life.

Did you know Jared was in school again? Do you follow Ashley Iaconetti on Instagram? Let us know in the comments. Come back to TV Shows Ace for more news on your favorite Bachelor Nation stars.