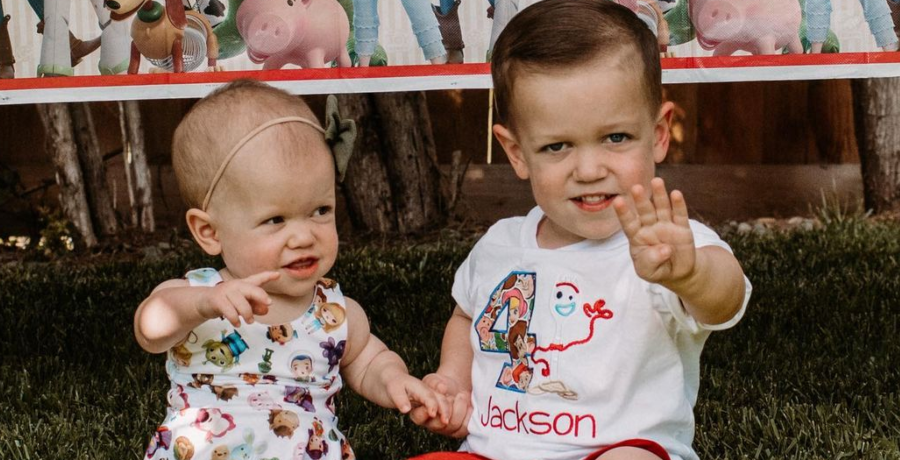 Lilah and Jackson Roloff enjoyed a lovely summer’s day playing outside. On hand with her camera, their mom Tori shot some really nice photos. Actually, fans think the Little People, Big World star’s photographic skills seem very good. This time, she captured the kids doing something that fans never saw before and it worked out well.

Lilah and Jackson Roloff feature in a nice summer setting

Tori takes some amazing photos of her kids, Little People, Big World fans agree. Earlier this month, we reported that she shared a batch of photos and in particular, Lilah looked very cute. One of them showed her with her big brother. Actually, the kids seem very photogenic. However, it takes talent to capture the moments and make them frameable. Mind you, Tori learned a lot about photography and actually runs her own photographic business.

Lilah Roloff Pampers Herself After Long Day With Jackson

Also in early May, Tori shared some stunning photos of Lilah and Jackson Roloff. She took them to the 2021 Wooden Shoe Tulip Festival in Oregon. There, she captured amazing images of her two children in the rows of flowers. Fans told her that they really needed framing. However, she takes so many nice photos that she could probably fill two galleries with photos and plaster each wall in the house with them. On Tuesday, May 11, the TLC star revealed new photos, and fans never saw the kids doing this before.

Loving the summer with a bubble machine

The photos of Lilah and Jackson Roloff came with the caption, “Give me allllll the summer vibes! ☀️” Lilah wore a big hat and Jackson ran around chasing a multitude of bubbles. Little People, Big World fans seemed astonished at the way Tori captured the bubbles, especially with Lilah. One of them asked, “What kind of camera do you have? Such good pics!” Actually, Tori did a Q&A last year about her equipment and she said she uses “a Nikon D860.”

Talking about lenses, the mom of Lilah and Jackson Roloff said that she uses a “35mm 1.4 Sigma Art Lens” that she uses for most of her pictures. Sometimes, she also uses a “Nikon 105mm 2.0.” Passing on some advice, she also told Little People, Big World fans that they should consider starting off with a “D3000.”

Other fans just loved the photos that Tori shared. One of them commented, “Omgosh your kiddos are seriously perfect. 💖💙 look at those sweet smiles.” Others asked about the bubble machine as it put out so many of them.

Further down in comments, fans of Lilah and Jackson Roloff talked about the new season of Little People, Big World. Well, when the show aired, fans on Twitter immediately started bickering amongst themselves over who’s the most toxic, Matt or Amy. One of them said, “I wish this show was Zach and Tori only.” Presumably, they also want to see much more of Lilah and Jackson as well.