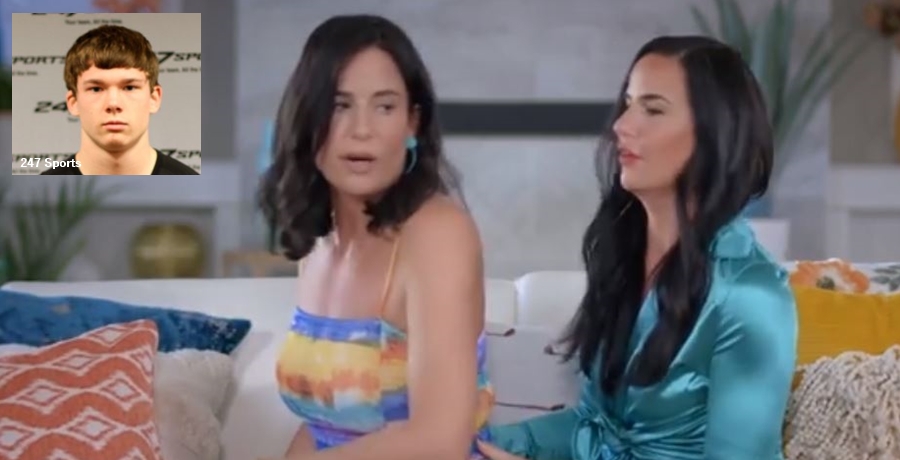 Extreme Sisters Jessica & Christina first appeared in the new TLC show in May. Actually, out of all the cast, they seem the strangest. If you don’t know, they claim they are psychic and read each other’s thoughts. Their mom taught them all about nature and energy as younger kids and they never stopped getting into it. Both of them previously married and ended up divorced as they can’t seem to live without each other. Now, John Zloty entered Christina’s life, Jessica can’t stand him. Who is he and will he last?

We reported ahead of the show, that the two sisters enjoy going out in the woods. There, they get naked and meditate in the woods together. Apart from that odd behavior, an ex told the camera that the two women are so inseparable, that anyone who marries or dates them needs to marry or date both of them. In fact, they agreed that they know their close relationship causes difficulties with men in their lives. Well, now John Zloty arrived on the scene, it seems he also faces an impossible task.

Why Are ‘Extreme Sisters’ Christina & Jessica Naked In The Woods?

Extreme Sisters Jessica & Christina live close to each other but spend most of their time together. Claiming that they are psychic and telepathic, fans might assume they never talk. However, they never lost that more common form of communication, and Jessica let John Zloty have it! TLC Fans know that Christina knows her overly-close relationship with her sister caused her divorce. So, this time, she leans away from her a bit. She introduced Jessica to John Zloty. Probably, you already know, it didn’t work out well.

Who is John Zloty?

247 Sports reveals that Extreme Sisters Jessica & Christina clash over an athlete. Aged 24, he said in the show that Christina is his first real girlfriend. Well, after a huge fight with Jessica who seems determined to split him from her sister, he really could have found a less complex woman, TLC fans think. Meaww reported that “Jessica used her psychic power to declare that he didn’t have good vibes and was convinced that he hated her.” Jessica also slams him because of his age. Naturally, fans think the relationship’s doomed already.

On Twitter, Extreme Sisters Jessica & Christina get slammed a lot. However, not so much hate goes the way of Christina. It certainly looks like Jessica put up her hand to play the villain in the TLC show. Fan love a villain as it gives them plenty to talk about on social media.

Do you think that Christina’s boyfriend stands any chance at maintaining his new relationship? Sound off in the comments below. Remember to check back with us often for more news and spoilers about Extreme Sisters Jessica & Christina and her boyfriend, John Zloty.