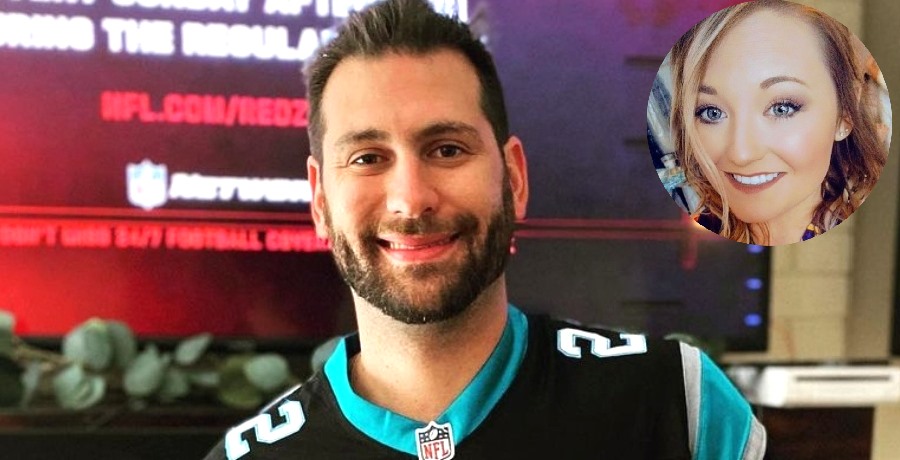 Chase Severino & Sara Jackson might be engaged and a photo revealed a big ring on Sara’s left finger. Actually, she previously wore a ring on that finger, but this looks like a major upgrade. The rumors emerged on social media when a photo shared by a friend of Sara on her Instagram Stories surfaced. The potential tea for My Big Fat Fabulous Life ended up far and wide on social media platforms. If Chase is engaged, will Whitney react?

Last season on My Big Fat Fabulous Life brought rivers of tears from Whitney Way Thore. TLC didn’t seem to mind that Whitney leaked the news on her Instagram that Chase broke up with her over the phone. Well, when the season aired everyone already knew the plotline, but they watched anyway. Critics of Whitney slammed her for crying over a man who cheated on her. Meanwhile, critics of Chase and Sara attacked both of them online. Recall, he and Whitney were actually engaged when he got Sara pregnant.

Chase Severino Of ‘MBFFL’ Finally Answers What Led To Infidelity

In November, MBFFL star Whitney Way Thore slammed people who trolled on Chase Severino & Sara Jackson. She felt it wrong that fans attacked him on her behalf. In fact, she said that she doesn’t feel the same levels of hate. Certainly, she seems very forgiving and wishes them well. Actually, that attitude only makes people think the whole story was faked for the show.

Well, Sara gave birth, as fans know, and each month Chase posts a photo of his baby girl, Aurora. Five days ago, he posted a photo from the previous Sunday. He told his fans his mom babysat for them. Now, it looks like they went to Jamaica and they might have gotten engaged there.

Plenty of bling on the ring in Jamaica

Starcasm found a post on Reddit that revealed Chase Severino & Sara Jackson geotagged at “Jewel Grande, Jamaica.” Neither Chase nor Sara or Whitney said anything yet on their Instagram accounts about an engagement. However, Katie Cottle, Sara’s friend, seemed happy enough to share the photo. Across it, the caption read, “Engagement shenanigans. ” Of course, that doesn’t mean Chase became engaged. Perhaps they attended a party for a friend who plans on tying the knot.

Starcasm‘s Asa Hawkes noted that the ring that Sara wore looked bigger and better than any seen before. In the past, she sometimes wore a rather plain-look ring on that finger. Chase Severino & Sara Jackson could very likely celebrate their own engagement party. After all, the clues seem quite solid. Well, if the news is true, then fans might hear more about it on a new My Big Fat Fabulous Life season.

Many Redditors speculate that no matter what, Whitney Way Thore probably just pretends to be over the moon for them.

Remember to check back with us often for more news about MBFFL star Chase Severino & Sara Jackson. We’ll be sure to let you know if Whitney reacts and whether they confirm the engagement.