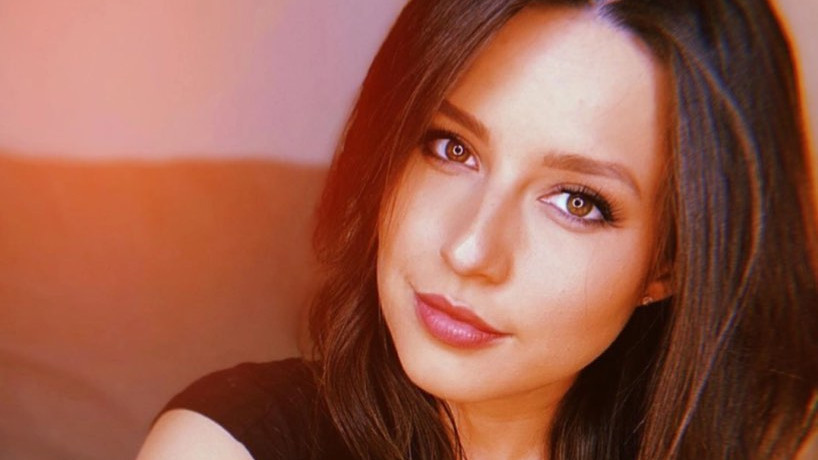 Even fan-favorites step in it! Bachelor alum Katie Thurston caused a social media storm with a steamy kiss. Some of her followers weren’t happy with the “friendship” kiss and they weren’t shy about letting Thurston know. As a result, the TikTok sensation deleted the offending post and issued a mea culpa.

Why were fans outraged over an innocent kiss?

Several of the women from Season 25 reunited over the weekend. Katie Thurston met up with her fellow night one limo girls, including Casandra Suarez. Thurston shared a photo of Suarez kissing her neck. Above them was a “Girls, Girls, Girls” sign.

Many of her Instagram followers took the photo as a possible coming out. Was Katie Thurston announcing that she’s a lesbian? One follower joked about a “plot twist” that Thurston might leave the men of her season “for a woman.”

Not so fast. She took to the comment section of her own post to clear up the misconception. While she didn’t say she’s not attracted to girls, she made it clear the photo wasn’t an announcement.

A number of her followers flooded the comment section with their displeasure over the photo op.

The days of Girls Gone Wild and Katy Perry’s “I Kissed a Girl” are over. Nowadays, the LGBTQ+ community frowns on straight men or women pretending to be bi for entertainment. The common phrase for that type of behavior is “queer-baiting.”

And Katie Thurston’s fans blasted her in the comments with the term repeatedly. Here is a small sampling of what some of her followers were saying:

Katie Thurston eventually saw the outrage in the comments and took action.

Katie Thurston’s original post of the photo included the caption “Whatever floats your boat.” Well, the photo definitely did not float everyone’s boat. In response to the backlash, Katie Thurston deleted the photo completely.

And then she issued a heartfelt apology. She admits that the photo was “offensive” and wrote that she was sorry for the hurt it caused. Thurston also apologized for letting her fans down by posting the photo. Additionally, she vows to “learn from my mistakes.”

Do you think Katie Thurston’s fans overreacted or were they right to call her out for “queer-baiting”? Share your thoughts in the comments below.

Very little info has leaked about Season 17 of The Bachelorette. Katie Thurston’s journey to finding love kicks off on Monday, June 7, only on ABC.