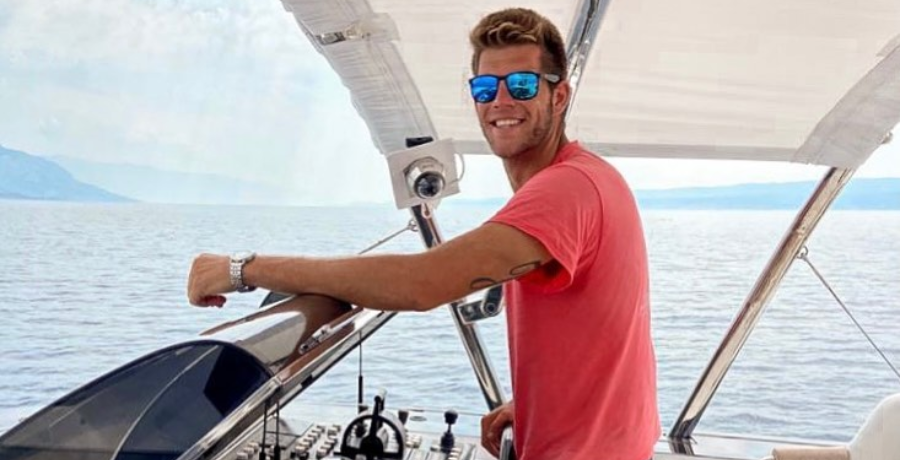 Jean-Luc Cerza-Lanaux joined during Season 2 of Below Deck Sailing Yacht. He works as a deckhand alongside Gary King and Sydney Zaruba. Jean-Luc’s relationship with Dani Soares has been heating up on the show. Fans want to know more about him — especially with the news of Dani’s pregnancy.

He made it clear that he’s very new to the yachting industry. Some fans slammed him as lazy while others argue he’s been trying to prove himself. However, that hasn’t stopped Jean-Luc from butting heads with Gary. He also struggles with a lack of sleep and his feelings for Dani.

Who is the Below Deck Sailing Yacht newbie?

Below Deck Sailing Yacht Season 2 premiered in March 2020. Viewers learned about one of the youngest members of the crew. Most of the crew members were shocked to learn how tall Jean-Luc is. He towered over Captain Glenn Shephard, who is already a short guy.

Jean-Luc had trouble sleeping in his assigned bunk. This would make his work even more challenging. It turns out that his tall stature is the least of his concerns. His crew members have been complaining about his work ethic all season. He has also had Dani on the mind, which makes it a challenge.

Per Screen Rant, Jean-Luc was born on October 15, 1995, and comes from North Carolina. He worked on the show when he was 24 but he just celebrated a birthday since then. Jean-Luc worked on a charter in Italy when the COVID-19 pandemic struck. Then, he traveled to Croatia, where he filmed Below Deck Sailing Yacht Season 2. Jean-Luc called himself “the tallest deckhand in yachting,” who is reported to be around 6’9″.

Is Jean-Luc Cerza-Lanaux still in touch with Dani Soares?

Rumors swirled that Jean-Luc is the father of her unborn child. Dani announced her pregnancy on Instagram but did not reveal the paternity. She’s keeping most of the details to herself. Dani is far along in her pregnancy and is expected to give birth soon. Fans know that their romance took place in summer 2020.

It’s hard to tell if Jean-Luc and Dani are on good terms. It appears that the two don’t follow each other on social media. Also, there are whispers that he stopped talking to her after discovering her pregnancy. From the looks of his Instagram page, it looks like Jean-Luc likes to have the freedom of traveling the world while getting paid for it.