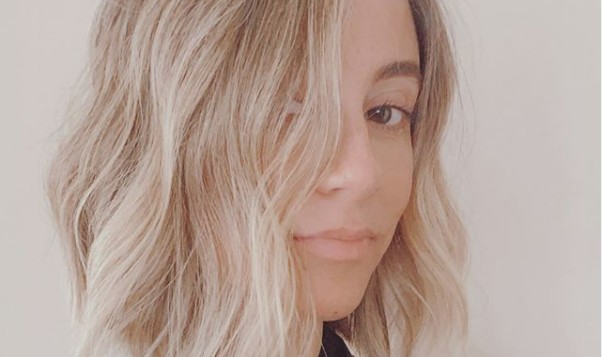 Bachelor alum Ashley Spivey has not had an easy road to becoming a mother. As so many couples do, she and her husband have had many heartbreaks. Last year, Ashley and her husband Steve Hunsberg lost their son, CJ, in November. She was nearly seven months pregnant. Two weeks ago she announced to the world a surprise turn of events. While prepping to undergo IVF, Ashley announced her pregnancy. Now, today, she announced another loss that came just five months after losing CJ.

Ashley Spivey is open about her loss and heartache

Ashley went to Instagram to share an ultrasound photo and a heartbreaking caption. She said, “Lil’ Blobby tried but unfortunately some genetic abnormalities stopped all growth over the past week and the heartbeat 💔.”

Ashley continued saying, “This obviously is not the outcome me and @shunsy14 wanted. This feels like a particularly cruel turn of events. I don’t regret telling everyone early – if anything this has been the most normal I’ve felt in months. If you haven’t been on the receiving end of constant pity while enduring fertility troubles – consider yourself lucky.”

She went on to say she does still consider herself lucky. She said, “I have 4 embabies waiting to hopefully be brought into the world.” Ashley is thankful she listened to advice to freeze embryos while her body was healing from losing CJ. Ashley said, “I received a lot of well meaning advice in the weeks following CJ that encouraged me to try naturally but ultimately, this is why listening to professionals is important – statistically, my eggs are not good.”

Ashley went on to say she understands if people do not wish to follow her because it’s sad. She is trying to remain hopeful there is a happy ending for her down the road. 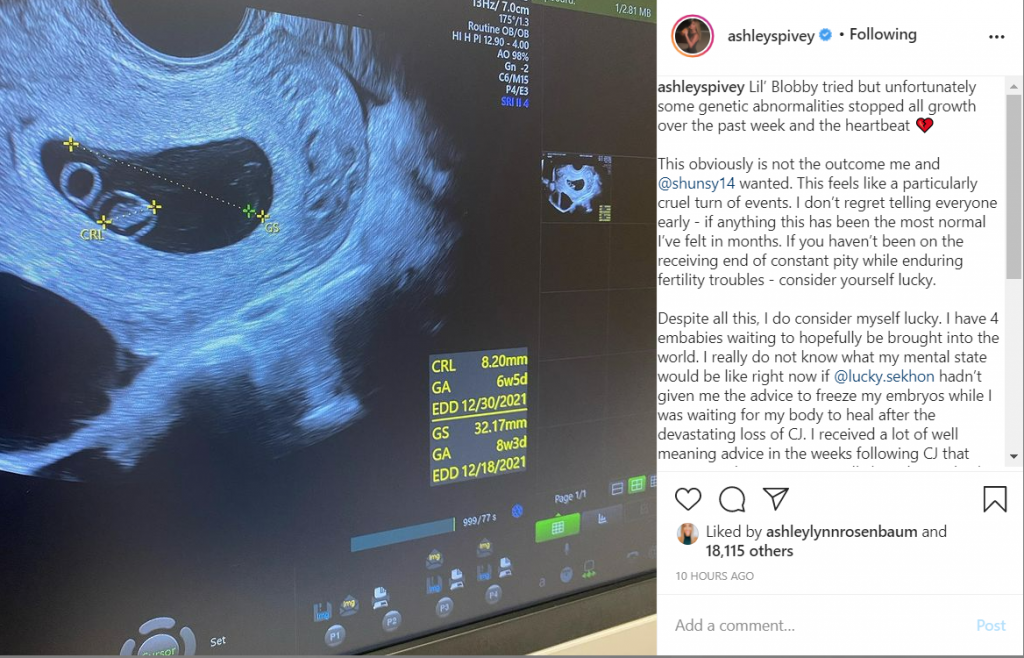 Ashley and Steve lost CJ last November. He passed away in her womb after the umbilical cord became wrapped around his neck. She was open and shared her grief with the world. Now that time has passed she also shared some of the prep work into freezing her embryos, including injections.

She has shared photos and feelings surrounding her loss. Many fans were hoping to see Ashley get her happy ending this time. According to her post, she will undergo a D&C to clean out her uterus on Thursday. Following the procedure, they will begin to discuss their next steps.

Stay tuned for more updates on Ashley and Steve.