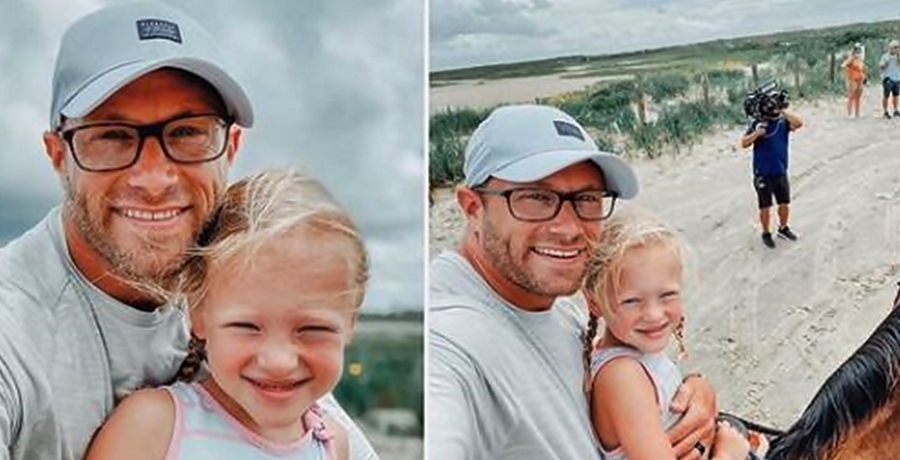 Parker Kate Busby really made her dad, Adam worry a few years ago. Fans saw on OutDaughtered that he and Danielle took the quints to see an occupational therapist. She seemed terribly withdrawn and anxious. While she improved tremendously since then, is it possible that she suffers from some sort of different pediatric disorder now? Read on as we look into the possibility.

Parker Kate Busby overcame her anxiety but might have something else

In the last season of the show on TLC, fans saw that Paker overcame her fears and rode a horse. Fans know that she suffered extremely badly with anxiety and she also feared horses very much. In fact, on a vacation, she seemed too terrified to even try and ride a pony. That came not long after fans saw her look terribly anxious at her kindergarten tests. However, after advice from specialists and taking a lot of time helping their daughter, Parker “the ‘fraidy-cat” seems to have disappeared.

Parker Kate Busby started ballet and fans saw that on Instagram and on OutDaughtered Season 8. Certainly, she seems very self-confident these days. Poised, and very photogenic, some fans think she might end up as a professional model. However, on Mother’s Day, Adam said something that sounded like a potential problem might afflict his little girl. In fact, sometimes, a certain pediatric disorder might persist and worsen with age.

What did Adam say that hints at a possible problem

On Mother’s Day, Adam made french toast for Danielle, Ava, Riley, Hazel, Olivia, and Parker Kate Busby. His Instagram Stories revealed that they spoiled Danielle and later, they went out for some fun. Well, as you can imagine, after a full day of outings and celebrations, the quints felt very tired. Back home again, Adam and Danielle relaxed in the lounge with some lovely music in the background.

The quints fell asleep in the lounge, and Adam said that Parker Kate Busby always falls asleep first. Next, he mentioned that her little feet were kicking, so he thought she might be having a deep dream. Well, you probably saw a dog sleeping as their feet twitched and made running motions. Obviously, they dream of chasing cats or rabbits. So, what Adam described sounded similar, if not so over-the-top.

Children’s Health discussed the disorder, also known as PLMD. According to their website, it’s “a neurological disorder impacting the brain, spine and connecting nerves.” Often, it means that kids find it hard to sleep properly as they might wake themselves up. Not confined to kids, it “can affect any age or gender.” As an adult, you can probably imagine Parker Kate Busby’s future partner might not want to sleep in the same bed. Imagine waking up every few minutes because of a restless person in bed?

The site also explains that sometimes kids with PLMD might also get “restless leg syndrome (RLS).” Interestingly, one of the possible effects of PLMD is seen in kids who suffer from anxiety.

We don’t know if Parker suffers from PLMD, but maybe Adam and Danielle might get it checked out. Remember to check back with us often for more news, spoilers, and updates about Parker Kate Busby from TLC’s OutDaughtered.