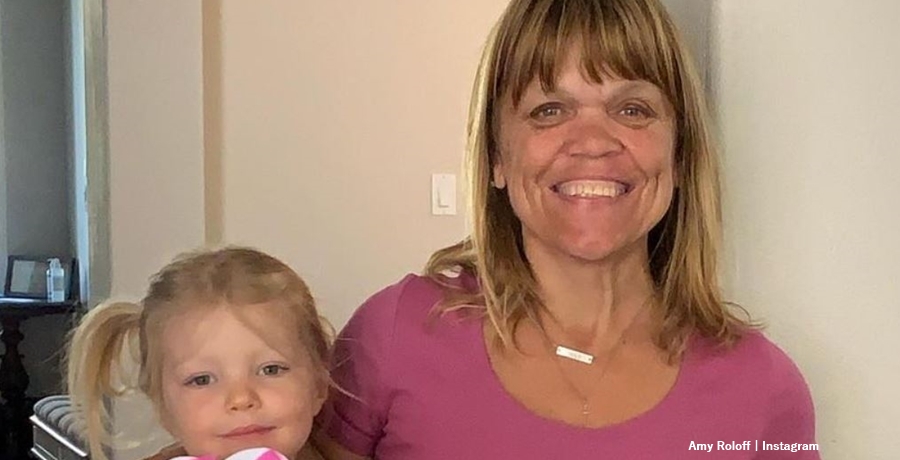 LPBW fans got a treat from Amy Roloff this Mother’s Day. She opened up in a Q&A and dished all about being a mom. Plus, she talked about how they celebrated the special day when the kids were younger. TLC fans know that The Little People Big World star lost her own mom. Additionally, she also added to her kids in the form of four gorgeous little grandchildren.

On Mother’s Day, Amy’s twin sons Zach and Jeremy also celebrated their birthdays. So, more than one special event on Sunday made it even better for her, we can assume. Amy didn’t share what they did on the day, but we’re sure some sort of celebration took place. In fact, Tori celebrated Jackson’s early birthday on the weekend as well. So, probably, everyone enjoyed the weekend in the Roloff family.

LPBW fans also noticed that Amy shared a photo of her mom. Even though she passed away, that doesn’t mean Amy forgot her mom on Mother’s Day. Despite the weekend being special, Amy felt a little bit of sorrow. In her post, Amy said, “Though you are no longer with us you’ll always be in my heart.” Last year, Amy opened up about her mom passing away in an episode on Little People, Big World. At the time, she also reflected on how life is a precious “gift,” and people should treasure “each day.”

Traditions in the Roloff family on Mother’s Day

TLC shared about the LPBW mom, who opened up in a Q&A this year. She talked about family traditions and noted they never set anything in stone. However, she recalled that her little kids made gifts and cards at school. Or perhaps, “Matt sat with them” and helped as they undertook a special project for her. She loved that a lot. Later, they might just have a family brunch at home. Sometimes, they went out to eat. The memories must make Amy happy as she smiled a lot when she answered the question. Next, the Little People Big World star talked about “the rewarding parts of being a mom.”

In the LPBW Q&A, Amy dished that there’s no single thing that felt good. “I would say everything” is good about it, she added. She talked about how “great” her four kids were and also noted that sometimes, being a mom is “stressful.” However, whether they were “small moments or big moments…just being a part of their lives” felt special. The TLC star also talked about watching them play games and supporting them. Also, it felt good that they shared her life as well.

Amy also credited Matt for the best Mother’s Day gifts she ever received. She explained that he made her a gazebo and it “still sits there at the farm.”

Amy Roloff answers it all in honor of #MothersDay! 🥰Check it all out here and catch the season premiere of #LPBW Tuesday at 9/8c. pic.twitter.com/ZR5I8MFbGE

Remember to check back with us often for more news about the cast of  TLC’s LPBW.