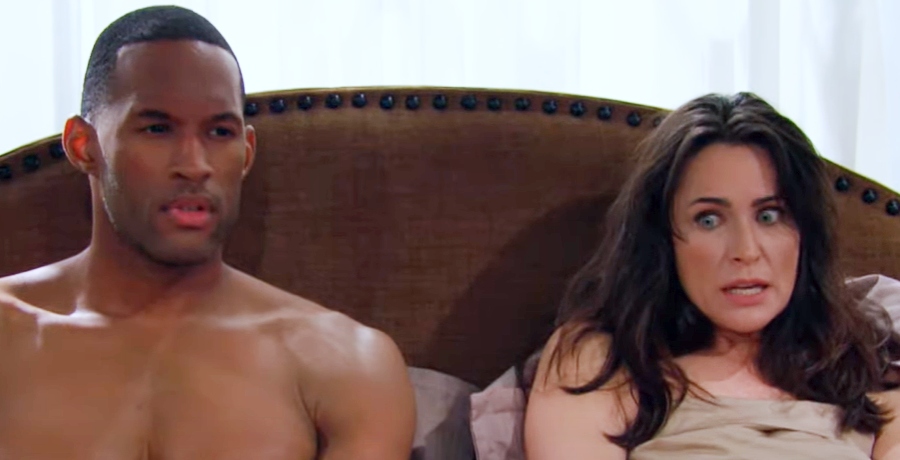 The Bold and the Beautiful spoilers for May 10-14, 2021, reveal a break from Liam’s constant panic attacks and instead treat us to Eric and Quinn and their marital problems. Poor Eric doesn’t even know the half of it.

The Bold and the Beautiful Spoilers: Quinn and Carter Can’t Stay Away From Each Other

Quinn (Rena Sofer) and Carter (Lawrence Saint-Victor) know what they did was wrong, but they just can’t help themselves. Their attraction is too strong and they end up starting a torrid affair. It’s more than just a night or two in his apartment they say will never happen again. But it does. Repeatedly.

Spoilers say that Zoe (Kiara Barnes) walks in on something at Forrester Creations that she just can’t believe. Does he catch Carter and Quinn in the act? That would be too soon, right? Well, Zoe is slated to leave the show so perhaps this is the start of that storyline.

Zoe seems to believe that Carter has moved on without her but does she realize whom he moved on with or does she just think it’s someone she doesn’t know. Earlier in the week, Ridge (Thorsten Kaye) and Brooke (Katherine Kelly Lang) warn her that she can’t trust Quinn. 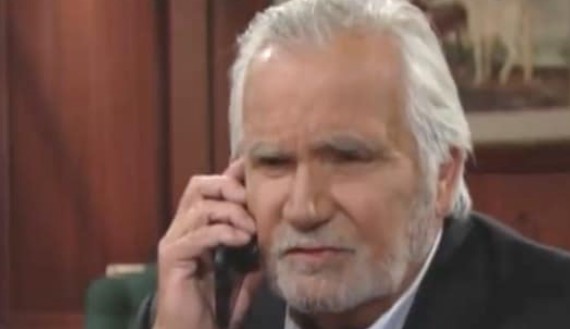 Eric Has His Say

The Bold and the Beautiful spoilers say that Eric (John McCook) comes to a big decision about what to do with his marriage, but does he realize it’s practically over? After all, a woman can’t wait forever, right?

And Quinn certainly did not wait forever. And she certainly couldn’t keep this all to herself, either. Shauna (Denise Richards) knows all and reveals that she still has quite the manipulative streak when she advises Quinn to use the entire situation to her advantage.

What could Shauna really be up to? The last we saw Shauna she had been developing her own crush on Eric. Maybe it is she who wants to use all of this to her advantage. Can Quinn even trust her best friend or is Carter all she has now?

Quinn and Carter do make a pact by the end of the week. Do they promise to never breathe a word of their affair to anyone else while also continuing with their affair? That seems like risky business especially when they can’t keep their hands off one another at a place of business…