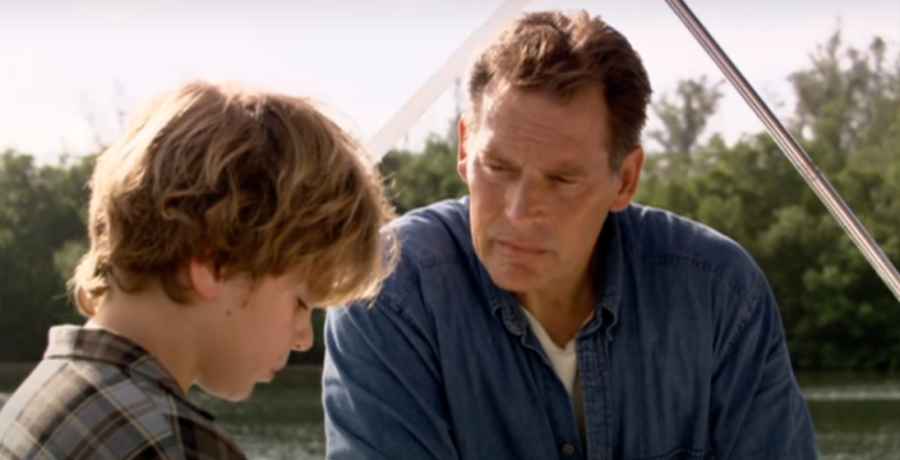 James Remar played Dexter Morgan’s adoptive father, Harry Morgan in the Showtime show. A fan recently asked him what he knows of the upcoming Season 9 of the hit series. Remar has confirmed that none of the original cast members will return for the limited Dexter reboot. This will obviously be with the exception of Michael C. Hall. Are fans disappointed that some of their favorite characters won’t appear?

James Remar had a recurring role in Dexter, despite his character having died prior to the events of Season 1. He played Harry Morgan, Dexter’s adoptive father in all eight seasons. Fans will remember that Harry appeared in flashbacks as part of Dexter’s internal monologue. The forensic blood spatter analyst followed Harry’s Code, a set of rules laid out by his father. Following the code allowed him to get away with murder, as well as to decide who he should kill.

As fans know only too well, the Showtime series ended badly. In fact, fans consider the ending as one of the worst in TV history. To this day, Dexter often appears on lists of the most-hated television endings. It was thus a great relief for fans when Showtime chose to produce Season 9 of the serial killer show.

In Season 9, Michael C. Hall returns as the titular serial killer, while Clancy Brown stars as the main villain, Kurt Caldwell. Jamie Chung will play a true-crime podcaster on the Showtime series. At the moment, Hall is the only original cast member cast in Season 9.

James Remar speaks about the reboot

When asked about the reboot, Remar responded to ahmedlamotta on Instagram to confirm that he isn’t involved in the revival of the show. He also said he has no knowledge of Showtime’s plans for the revival. James explained that the original cast wanted to return for Season 9. However, Showtime contacts none of them.

Despite the fact that Showtime aims to fix mistakes made in Dexter Season 8, the reboot won’t undo what happened in the finale. This includes characters like Debra, who died in the Season 8 finale, that won’t return from the dead to finish their stories.

It is disappointing that other cast members won’t return for the reboot, especially as they are eager to do so. For example, it would be great if Dexter contacted Hannah McKay and his son Harrison. It is also disappointing that fan-favorite characters like Joey Quinn and Angel Batista won’t be coming back.

As Remar is not involved in Season 9, he could be basing his claim on what other co-stars he is still in contact with have told him. Harry was such an important character on the show and isn’t returning, so maybe this truly means no previous characters will appear. However, with Season 9 of Dexter coming in the fall, hopefully, Showtime will soon open up more about the limited series.

‘LPBW’: Jeremy & Audrey Roloff Have Low-Key Wedding Anniversary – Is Their Marriage Okay?
Scott Disick Is No Longer Keeping Up With Any Of The Kardashians
Netflix’s Big Announcement: Premiere Date For ‘Tiger King 2’ Released
‘Welcome To Plathville’ Preview: Will Olivia Stay Or Go?
Duggar Family Hits The Road Amid Josh’s Latest Scandal