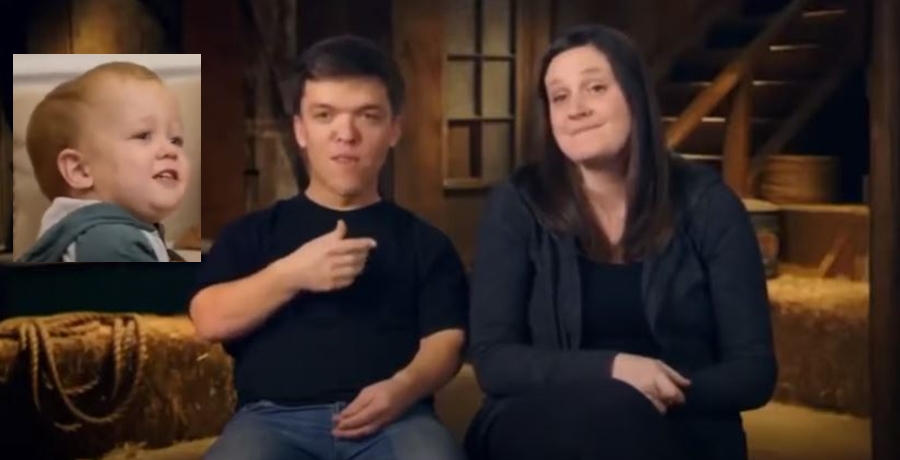 Jackson Roloff, often termed the cutest TLC star by fans, sometimes gladdens his mom’s heart. Tori often shares some very endearing photos of her son. Other times, he seems full of mischief, or full of energy. Actually, he probably takes the trophy for the side-eye and the cheesiest smile on Little People, Big World. However this time, Tori shared that her son made her “bawl.” What happened?

Jackson Roloff seems very adorable but he made his mom cry

We reported that recently, Tori seemed very surprised at her son. From her Instagram Stories post, it seems that he told his teacher all about their Mac and Cheese. Only, he insisted that the family keeps it in the “drawer,” rather than in the “freezer.” Actually, kids say the darndest things, so probably that teacher’s not the first one that chuckled over her tiny student. In another recent post by the family from Little People, Big World, fans saw that Jackson takes after his dad.

Fans of Jackson Roloff know that his dad represented North America in the Copa America Dwarf World Cup. He also coaches three teams in Oregon, and sometimes Zach holds field days for kids with dwarfism. When he returned from the World Cup, Tori shared photos of Jackson wearing a miniature soccer jersey just like his dad. Well, the coronavirus prevents too much sport, but since he was a toddler, Jackson sometimes went to practice with him. Perhaps Zach coaches him privately as Tori shared an awesome video of his soccer skills. She said that he played “soccer goalie like daddy!” However, now he made his mom cry.

Why did Tori bawl her eyes out?

The Hollywood Gossip reported that Jackson Roloff might face complicated surgery as his legs started bowing a lot. Did that make Tori cry? Well, possibly, but that’s not why the LPBW star bawled her eyes out his weekend. It turns out that he did something so sweet and endearing that her heart just about melted. Taking to her Instagram Stories on Saturday, Tori revealed what happened. She said that she and Jackson sat down and watched Zootopia.

The next thing, Jackson Roloff “rolled over and grabbed” Tori’s face. Then he told her, “Mom you make my heart so happy.” Awww! No wonder Tori said, “It’s fine. I’m fine. Just bawling.” She also added, “I’m actually crying I love him so much.” How sweet is that? Sound off your thoughts in the comments below.

Remember to check back with us often for more news about Jackson Roloff from TLC’s Little People, Big World. You can also keep up with us by liking our Facebook page, or follow us on Instagram. Additionally,  tune in and subscribe to us on YouTube.

A new season of Little People, Big World starts on Tuesday, May 11.