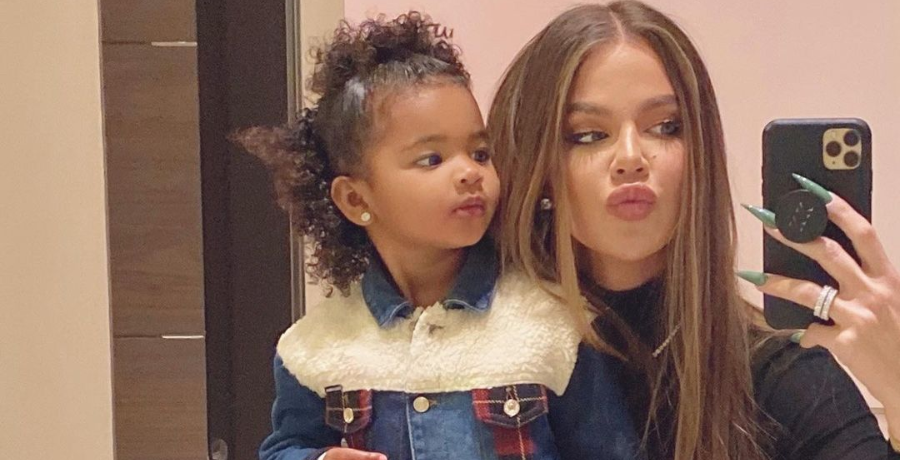 Keeping Up with the Kardashians fans have a feeling that Khloe Kardashian is “not OK.” The reality star is back to posting cryptic quotes on social media once again. This comes amid Tristan Thompson’s alleged cheating scandal. It’s week two and the drama is still going.

Last week, TV Shows Ace reported that Khloe posted a cryptic photo on social media. It’s been rumored that Tristan cheated on Khloe for the third time. The pair got back together when they were in quarantine in March 2020. While Khloe hasn’t spoken out about their relationship, she continues to let her social media speak for itself.

Khloe Kardashian has some late-night thoughts

The Revenge Body star loves to let her fans and followers know what she’s thinking. It would be weird for Khloe Kardashian to call out Tristan Thompson on social media. So, she turns to cryptic quotes to speak for her. The Shade Room noticed that Khloe was on a roll on Friday night.

She has continued to post cryptic quotes well into Saturday via her Instagram Stories. The Good American found made it clear that she’s unbothered by other people’s actions. “People hate when they can’t get under your skin,” the quote reads. “I’m at peace and you’re in pieces. Stay blessed though.”

The post is still on her Instagram Stories. However, The Shade Room reposted it to its Instagram page. This comes after Khloe allegedly forgave Tristan for cheating on her with family friend Jordyn Woods. The two allegedly made out at a house party.

After several attempts to win her back, reports in summer 2020 claimed that Khloe and Tristant reconciled. Then, the engagement rumors swirled around the holiday season. Khloe and their daughter, True, visited Tristan in Boston after his new deal with the Boston Celtics. Khloe has been seen with a massive diamond ring on that finger.

In the comments section of The Shade Room’s Instagram post, many KUWTK fans speculated that Khloe Kardashian still has the cheating scandal on her mind. They don’t think she’s doing as well as she claims. “As soon as she starts posting quotes, we know she’s not ok 😂😂,” one user wrote. That comment alone amassed over 18,000 likes.

Most found that comment funny. Others were concerned about Khloe’s mental health and well-being. They feel that she’s not in a good place since she keeps repeating her mistakes with Tristan. Other fans feel that if she was truly at peace she wouldn’t resort to these cryptic quotes.

Fans are getting fed up with Khloe’s Instagram page. They complain that she always posts quotes when it’s obvious she’s not doing well. “EXACTLY…….If she was so unbothered and at peace why did she contact that girl and ask her to keep it confidential!!!!!!!” one fan passionately wrote. They have a feeling that Khloe is hurting because of her back-and-forth relationship with Tristan and his cheating ways.

Some cracked a joke that Khloe is “the one in pieces.” They think that the quote is more about herself than her man. This cryptic quote doesn’t come as a surprise to fans who saw it coming. Their relationship continues to play out on the 20th and final season of Keeping Up with the Kardashians.

Fans can watch the show on Thursdays at 8 p.m. ET on E!