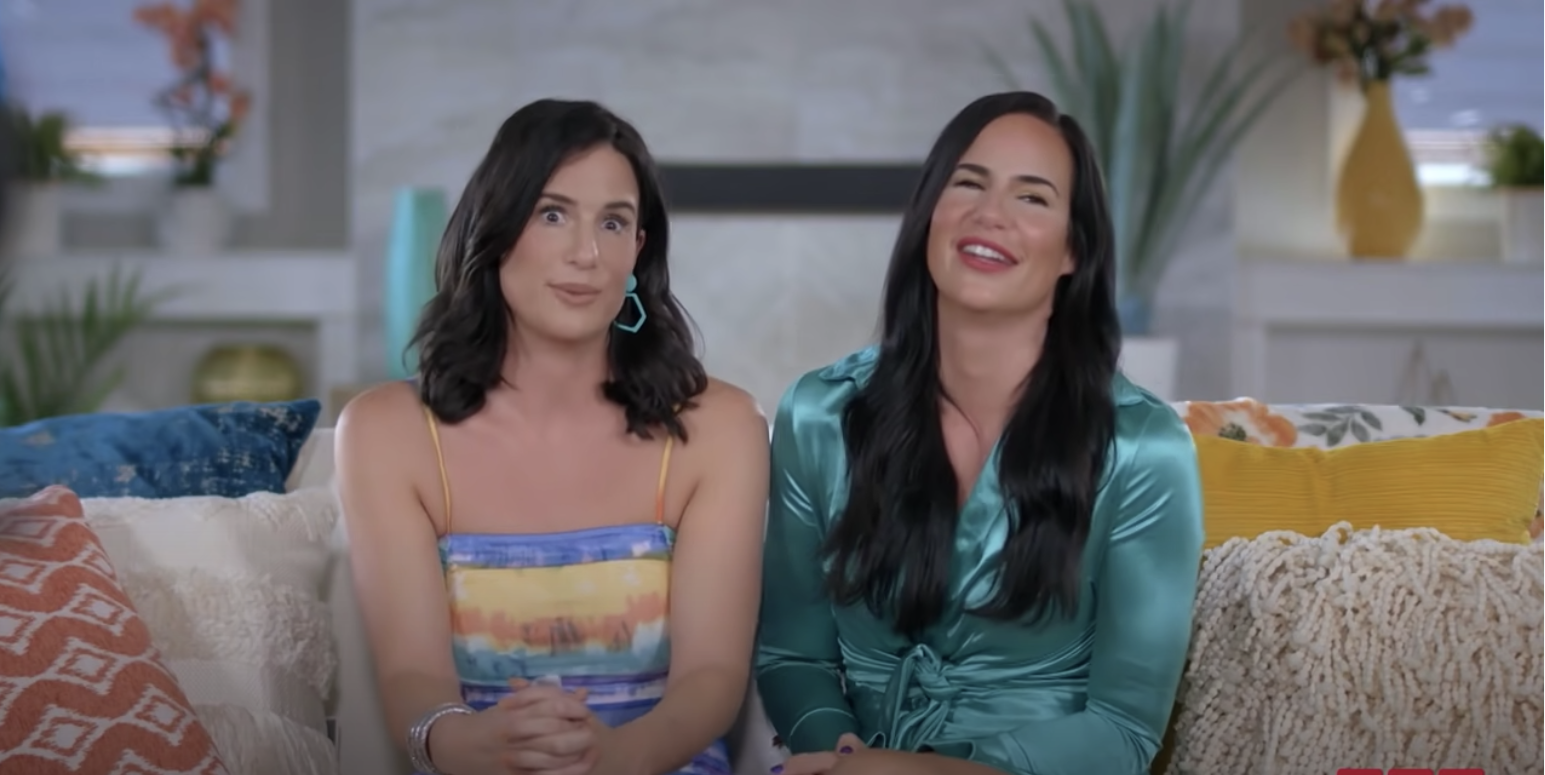 TLC is gearing up for the third episode of their newest odd, family show, Extreme Sisters. Luckily for fans, and those who aren’t sure if they’re tuning in yet, the network regularly shares clips about what to expect in upcoming episodes. From the looks of it, tomorrow’s (May 9) episode includes sisters, Jessica and Christina (twins), naked in the woods. Keep reading to find out why these sisters are naked in the woods.

In a trailer, for the May 9th episode of Extreme Sisters, viewers get some insight about a clip they’ve been seeing since TLC announced their new show. The clip in question shows two sisters naked in the woods. According to TLC’s caption for the episode, the sisters “get naked together to solve their problems.”

In the beginning, Christina explains that they “interfere in each other’s lives” and “ruin relationships that they have with men.” One of their ex-husbands, Mike, explains in a flashback segment that “you can’t just date one, you have to date both.” So it’s reasonable to assume that the sister’s relationship is unhealthy. Ultimately, it seems like that spills over into their relationships with their significant others.  The clip confirms this because he says, “it’s why we’re divorced.” That has to be a hard pill to swallow.

From the sounds of it, getting naked in the woods is a regular occurrence for these sisters. As they climb over a fence on the trail, one says to the other, “Let’s go to our spot.”

Do these sisters use nudity to solve conflict?

Then, Jessica explains that the reason they’re there is that they’re currently going through conflict. Oddly, enough part of it stems from the fact that she “doesn’t necessarily like her boyfriend yet.” However, it doesn’t seem like there’s going to be any compromise in this situation. The one sister says she doesn’t want to “sacrifice” their “unique closeness for any man.”

Next, viewers watch as the women lay out a blanket on the ground. Down the center of the blanket, it appears that they’ve laid out healing crystals and other spiritual items. The whole situation doesn’t seem weird as they sit, fully clothed on either side of the healing crystal line. The dialogue starts from there.

Ultimately, the women agree that they’re at a crossroads. Apparently, the resolution for this conflict is to “set an intention.” Not only that, but they want to “ask for the universe to guide [them] in the right direction.”  Christina is concerned that she’s going to lose the relationship she has with Jessica. For some reason, Jessica’s response to this is “let’s get naked.”

Christina shares that they feel like they truly connect by getting naked. According to her, it’s because they “were naked together in the womb.”

Does Christina and Jessica’s logic for being naked in the woods make sense to you? Let us know your thoughts about these Extreme Sisters in the comment section below. Come back to TV Shows Ace for more TLC news. Make sure to check out a new episode of Extreme Sisters Sundays on TLC at 10/9 C.